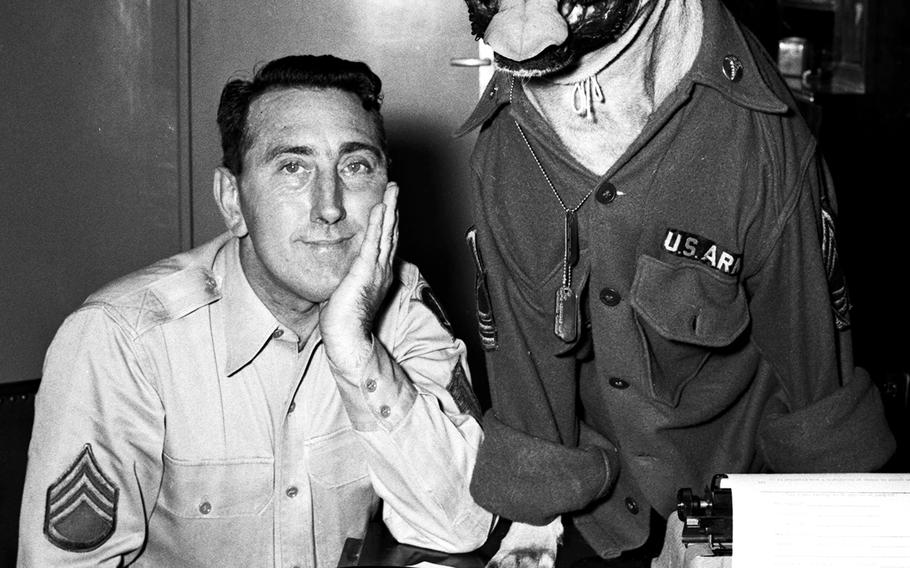 Gene Bane ©Stars and StripesHanau, Germany, August, 1955: Mrs. Olga Ruhlow, wife of Sgt. Wilbur Ruhlow, called Stars and Stripes to say that she thought the family dog — a 5½-year-old boxer named Bruno — bore a striking resemblance to a tough first sergeant when dressed in Army togs, and would make a good subject for a photo. Here's Bruno with Sgt. Ruhlow.