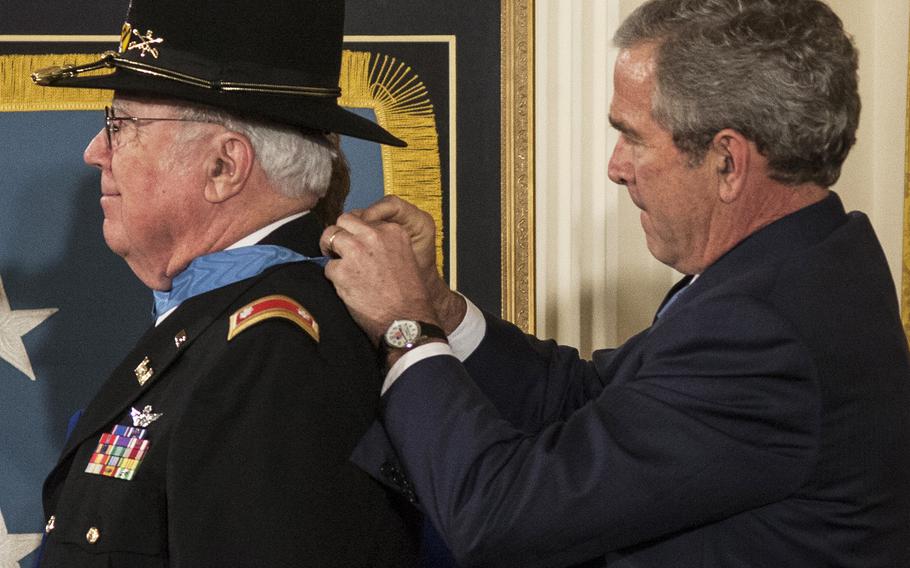 ©Stars and StripesWashington, D.C., February, 2007: President George W. Bush presents the Medal of Honor to Vietnam War helicopter pilot Bruce Crandall during a ceremony in the East Room of the White House. During the 1965 Battle of Ia Drang, Crandall flew 22 missions under heavy fire to supply U.S. troops and evacuate the wounded. Every year on March 25, the recipients of the nation's highest military award are recognized with National Medal of Honor Day.