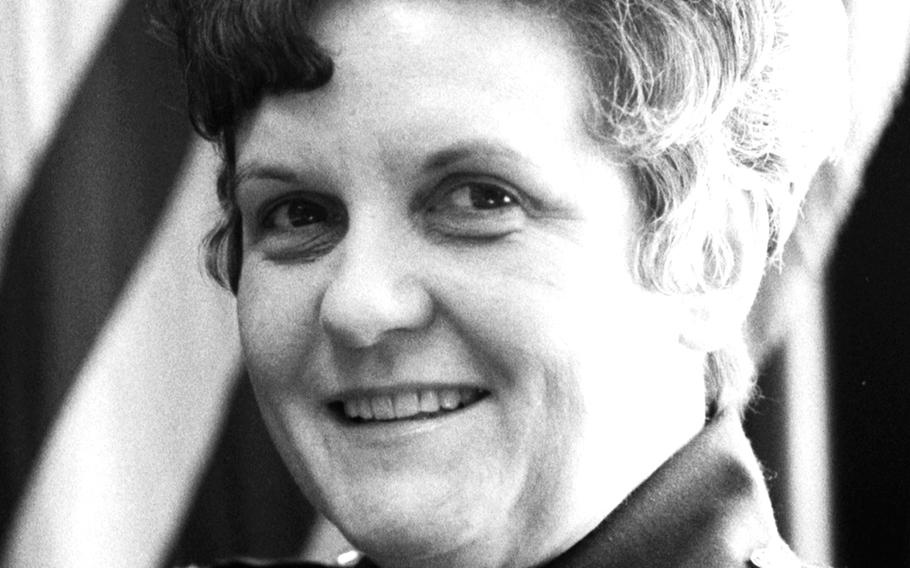 ©Stars and StripesCamp Zama, Japan, February, 1971: Brig. Gen. Anna Mae Hays, chief of the Army Nurse Corps, is interviewed at Zama Hospital during a Far East inspection tour that also included stops in Korea and Vietnam. Eight months earlier, on June 11, 1970, Hays and Elizabeth P. Hoisington of the Women's Army Corps made history when they became the first women to attain the rank of brigadier general in the U.S. Army. (Technically, Hays was the first by a few minutes.) Anna Mae Hays died January 7, 2018 at age 97.