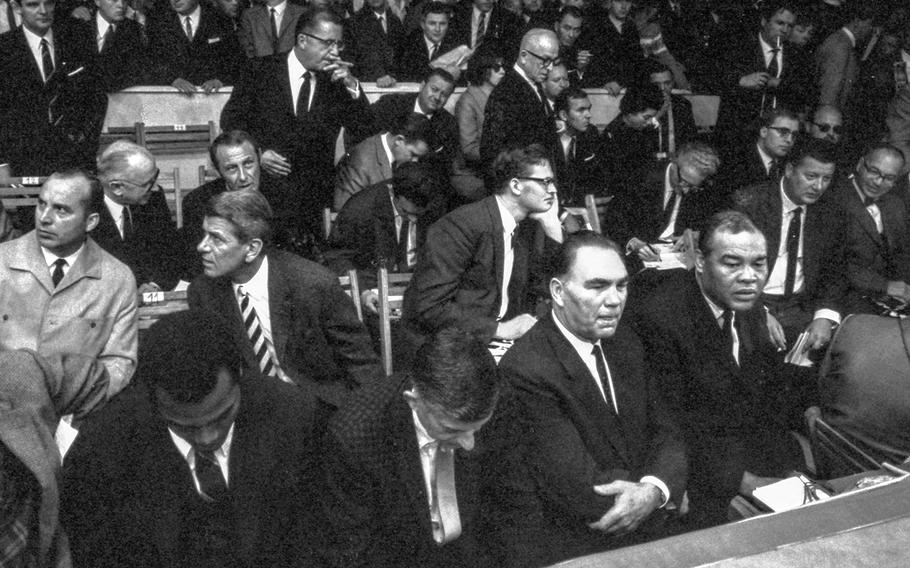 Red Grandy ©Stars and StripesFrankfurt, West Germany, September, 1966: Among the VIPs at ringside awaiting the start of the Muhammad Ali-Karl Mildenberger fight at Frankfurt's Forest Stadium are boxing greats Max Schmeling and Joe Louis, seated in the right foreground. Louis and Schmeling met in two politically-charged fights just before World War II, with Schmeling — viewed by the Nazis as a symbol of German superiority — handing Louis his first loss in 1936 and Louis rebounding with a first-round knockout two years later.