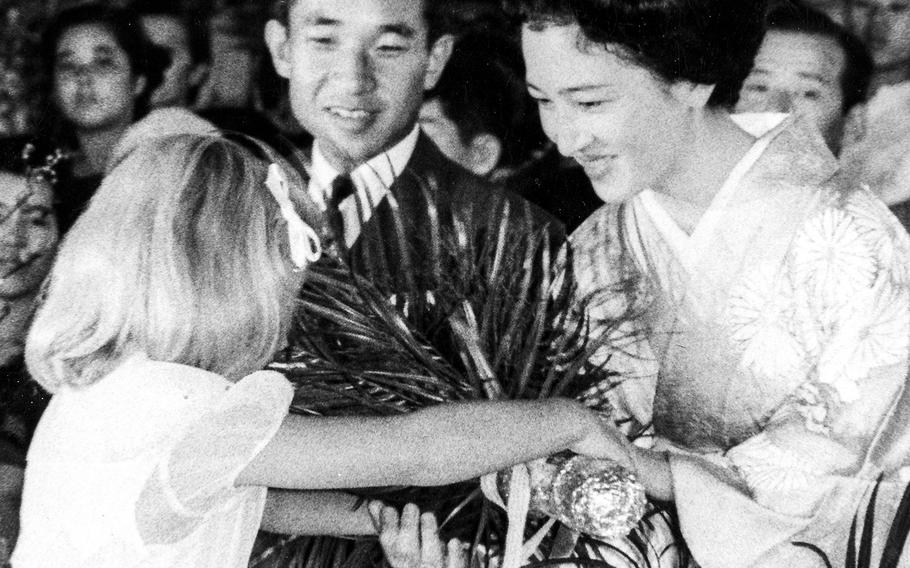 Shotaro Ikeda ©Stars and StripesTokyo, September, 1960: Victoria McCormick of Yoyogi Elementary School presents a bouquet to Crown Prince (and future Emperor) Akihito and Princess Michiko at a U.S.-Japan centennial party at Tokyo's Municipal Auditorium. The event marked the 100th anniversary of a groundbreaking visit to the U.S. by a Japanese delegation that was highlighted by a meeting with President James Buchanan. Days after the photo was taken, Akihito and Michiko embarked on a U.S. visit of their own.