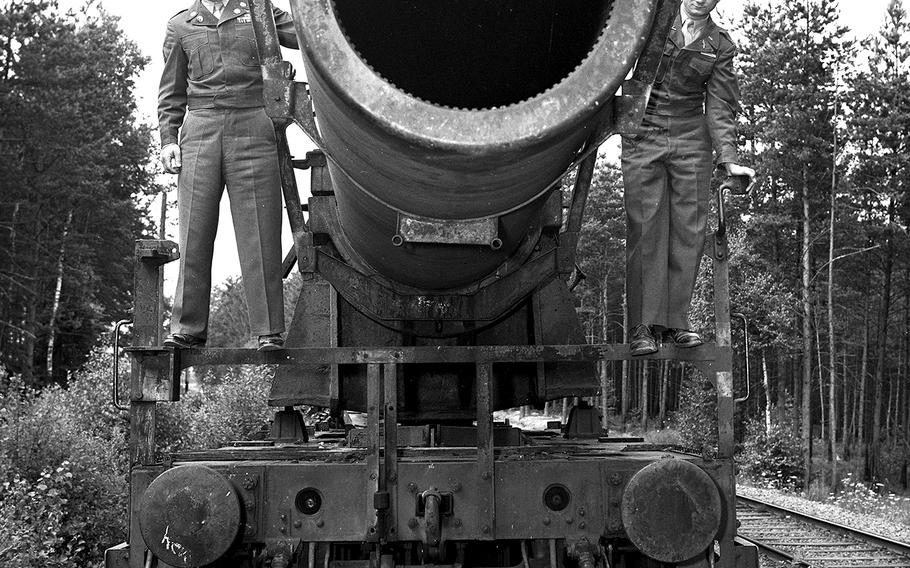 Alfred Morrissey ©Stars and StripesNear Grafenwoehr, West Germany, July, 1949: Two soldiers stand next to the muzzle of a 140-ton German siege gun at a railroad siding near Grafenwoehr. The deadly cannon, which was reportedly used in the World War II siege of Sevastopol, was being sliced into smaller pieces before being hauled to the mills as scrap metal.

RELATED MATERIAL:A 1949 Stars and Stripes story about the siege gun.