Bob Hope on the USS Ticonderoga, 1965 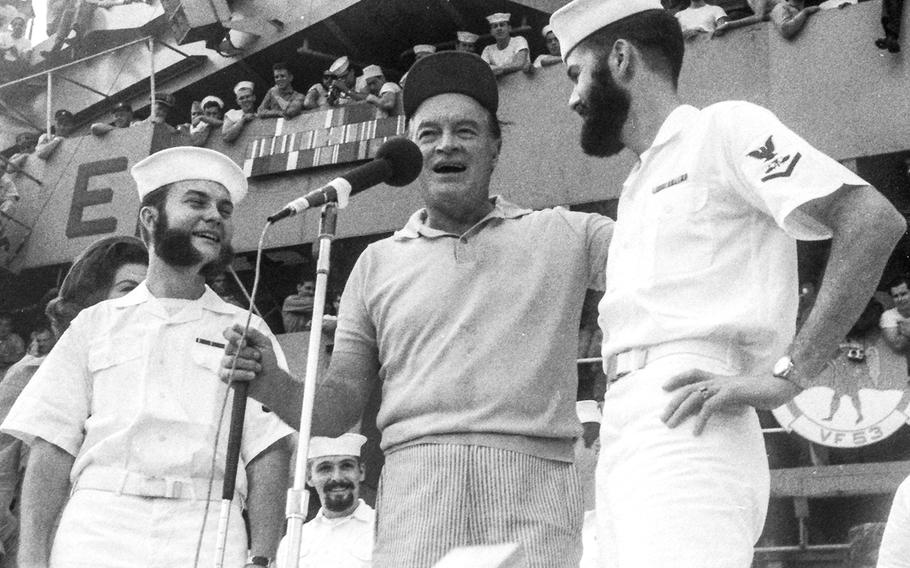 Gary Cooper ©Stars and StripesOff the coast of Vietnam, December, 1965: Bob Hope chats with a pair of hirsute sailors as he brings his annual Christmas tour to the USS Ticonderoga. During the troupe's visit, an F-8 Crusader aircraft crashed into the stern section of the flight deck, fell into the water and exploded, but the pilot ejected and wasn't badly injured. Hope, actress Carroll Baker and singer Joey Heatherton were watching the night flight operation when the accident occurred; Heatherton later "popped into the doctor's office and planted a kiss on the grinning flier's cheek," according to a Stars and Stripes story.

RELATED MATERIAL: Stars and Stripes' 1965 story about the show.