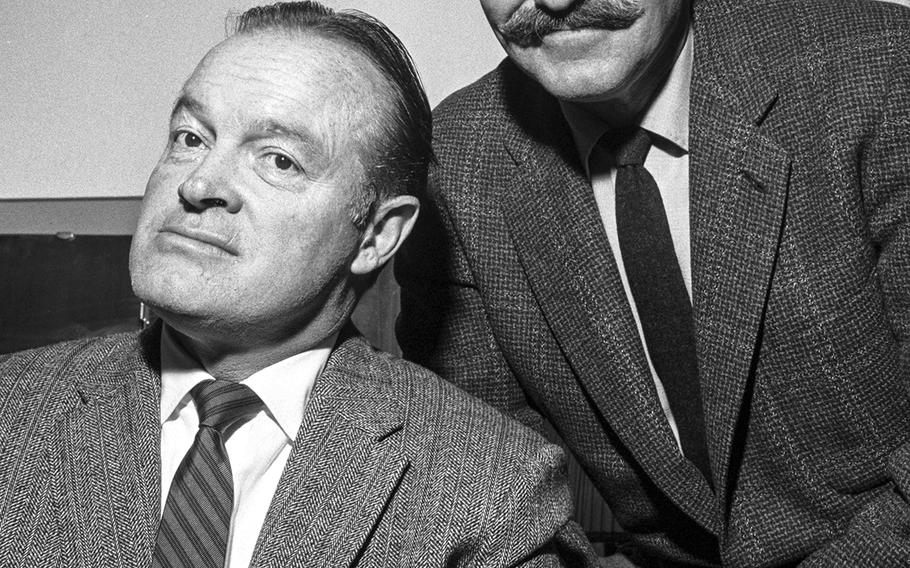 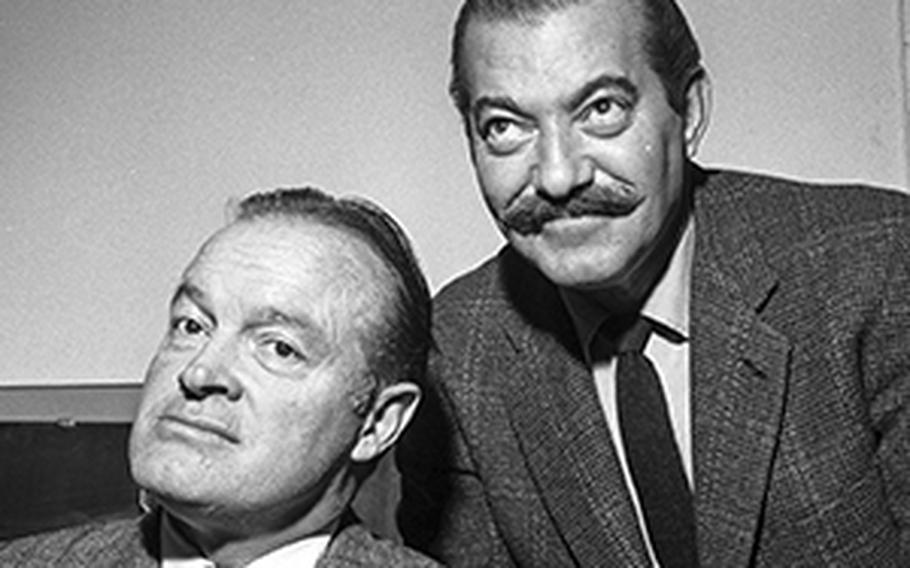 Lloyd Borguss ©Stars and StripesHanau, West Germany, December, 1958: Bob Hope and comedian Jerry Colonna pose for a photo backstage at Fliegerhorst Casern. Hope was a regular Christmas holiday visitor to troops serving overseas from World War II through the Gulf War, and Colonna was usually a key member of the troupe until his health failed in the late 1960s.