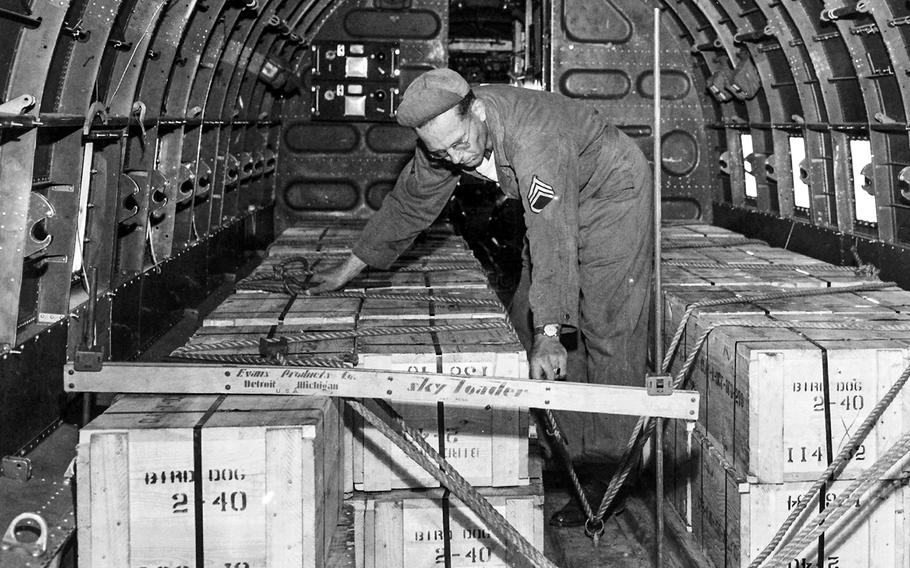 Henry Compton ©Stars and StripesFrankfurt, Germany, June, 1948: Boxes of supplies for Berlin are secured aboard a plane at Rhein-Main Air Base as the effort to relieve the Soviet-blockaded city gets under way. By the time the Berlin Airlift ended in September, 1949, a total of 278,228 U.S., British and French flights carried 2,326,406 short tons of material into the city. There were 39 British and 31 American airlift-related deaths during the difficult flights.

RELATED MATERIAL:Stars and Stripes June, 1948 story about the start of the Berlin Airlift.