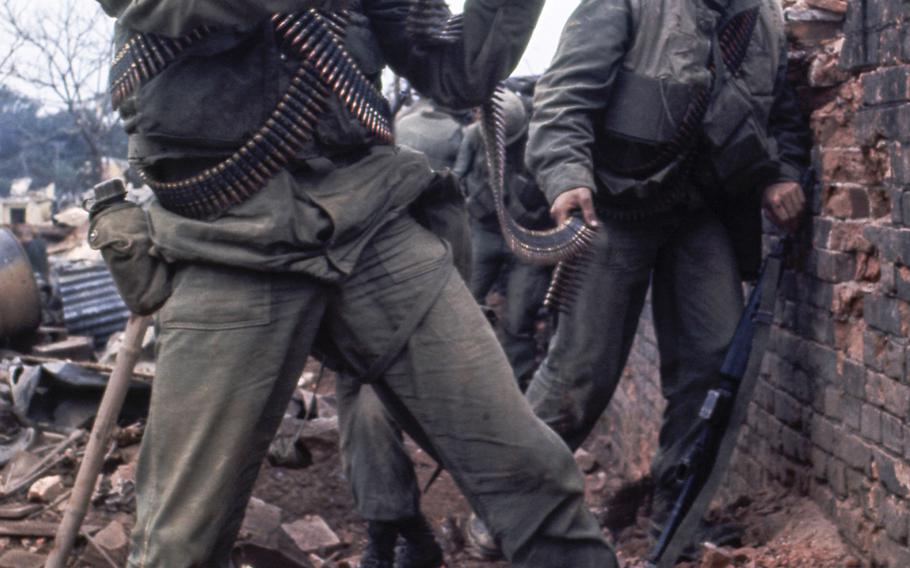 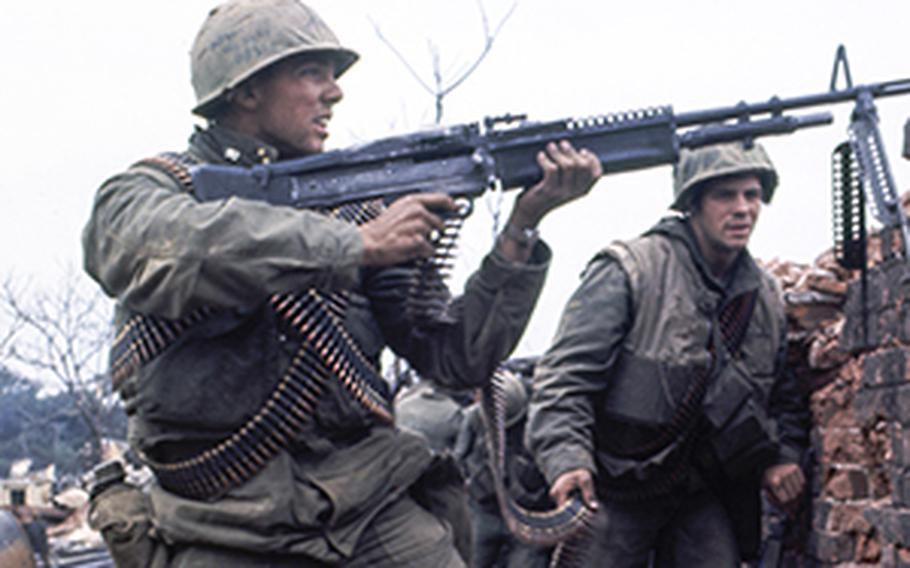 John Olson ©Stars and StripesHue, South Vietnam, February, 1968: A U.S. Marine fires at the enemy over one of the outer walls surrounding the Hue Citadel during the infamous Tet Offensive. Marines were battling Viet Cong and North Vietnamese Army troops house by house, street by street in a bloody effort to retake the former imperial capital of Vietnam and its Citadel.

RELATED MATERIAL: See more of John Olson's photos in Stars and Stripes' "Vietnam at 50" look at 1968.