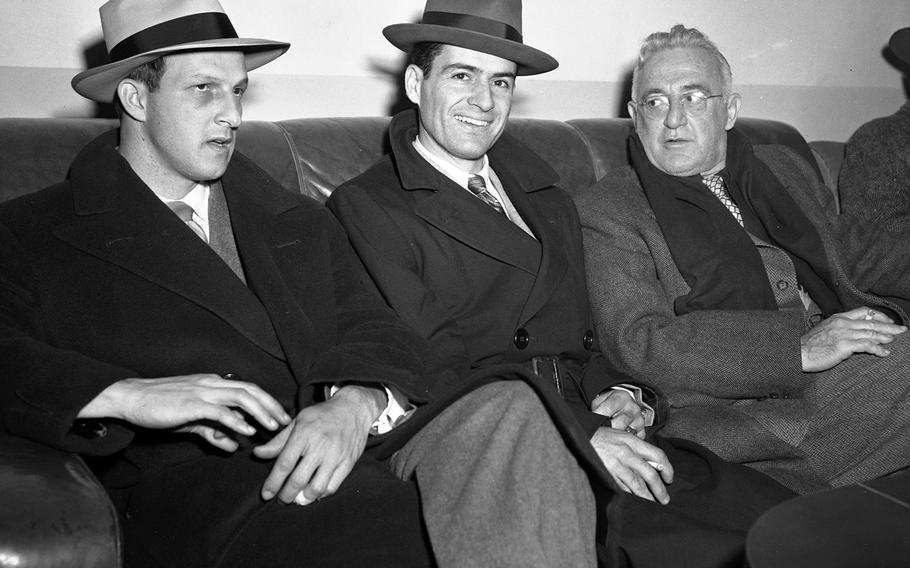 Red Grandy ©Stars and StripesFrankfurt, West Germany, February 4, 1951: Three of the baseball notables who will be taking part in the week-long EUCOM Baseball and Softball Coaches and Officials clinic relax at Rhein-Main airport after a 27-hour flight from the States. From left to right are active players Stan Musial of the St. Louis Cardinals and Jerry Coleman of the New York Yankees, and former Giants and Cardinals great Frankie Frisch. Coleman had flown 57 combat missions as a Marine Corps aviator during World War II and would later fly 63 more in Korea — becoming the only major-league player to see combat in both conflicts.

RELATED MATERIAL: Stars and Stripes' 1951 story about the baseball players' arrival in Germany.