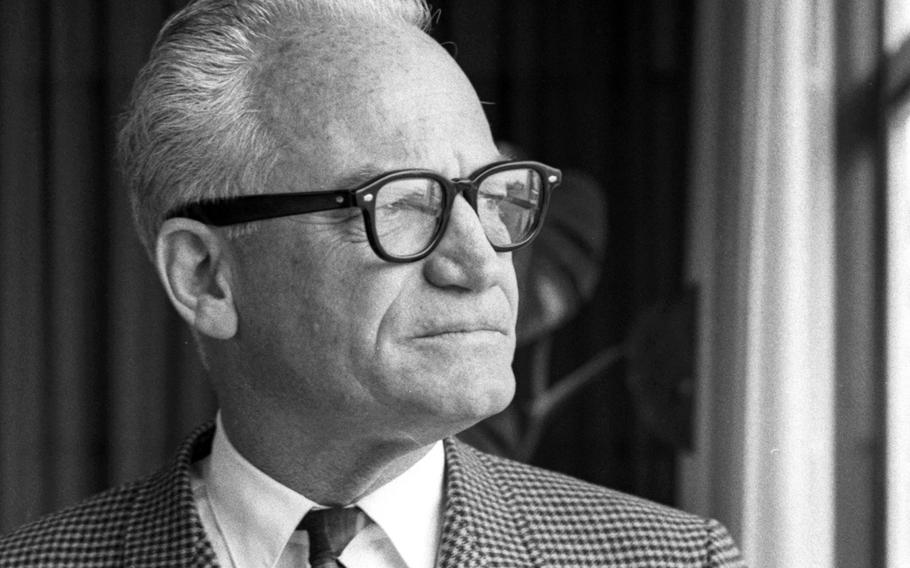 Bob Milnes ©Stars and StripesFrankfurt, West Germany, April, 1965: Former Sen. Barry Goldwater waits for a flight to Stuttgart as he begins a lengthy European vacation. The 1964 Republican nominee for president and his wife were planning to tour Germany, France, Spain and England, visiting friends along the way. "This is just a friendly visit," he said. "I have no intention of discussing politics with anyone." Goldwater returned to the Senate in 1969 and served until 1987, when he was succeeded by John McCain.