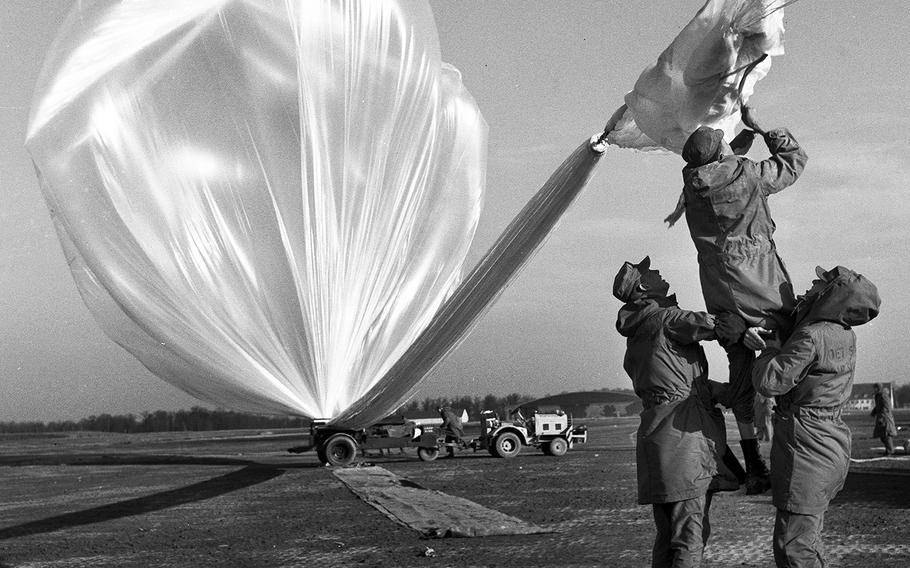 Jim Black ©Stars and StripesGiebelstadt, West Germany, January, 1956: A crewman from the Air Force's 1110th Air Support Group gets a boost as he folds the parachute for a hydrogen-filled weather balloon that's about to be launched. As part of a project dubbed Moby Dick, 32 of the 200-foot-high plastic balloons and their instrument packages were released from Giebelstadt toward a "cruising altitude" of 30,000 feet.

RELATED MATERIAL: A 1956 Stars and Stripes story about the balloons at Giebelstadt.