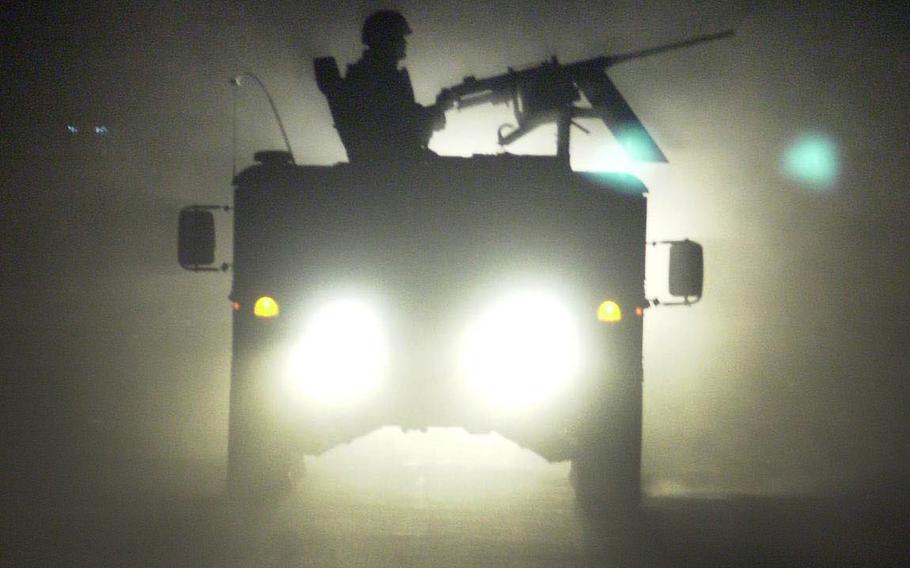 Terry Boyd ©Stars and StripesBAGHDAD, Iraq, October, 2003: A Humvee gunner is outlined by the headlights of trailing vehicles as a convoy rolls through Baghdad on its way to a raid south of the city. Soldiers often work around the clock in what they call the Three-Block War.

RELATED MATERIAL: Stars and Stripes' 2003 story about the "Three-Block War."