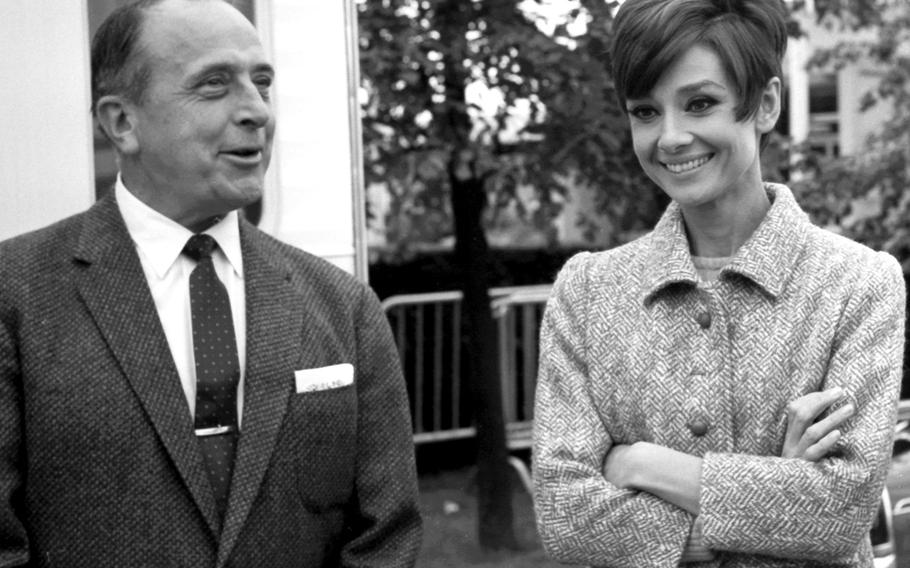 Ted Rohde ©Stars and StripesRocquencourt, France, September, 1965: Actress Audrey Hepburn poses with Gen. Lyman L. Lemnitzer, Supreme Allied Commander-Europe, during a visit to SHAPE headquarters near Paris. Hepburn was at SHAPE to film scenes for her latest movie, "How to Steal a Million Dollars." Although she gained fame by acting in such films as "Breakfast at Tiffany's," Hepburn is also remembered for her efforts on behalf of children in need. She was a goodwill ambassador for UNICEF until her death in 1993.