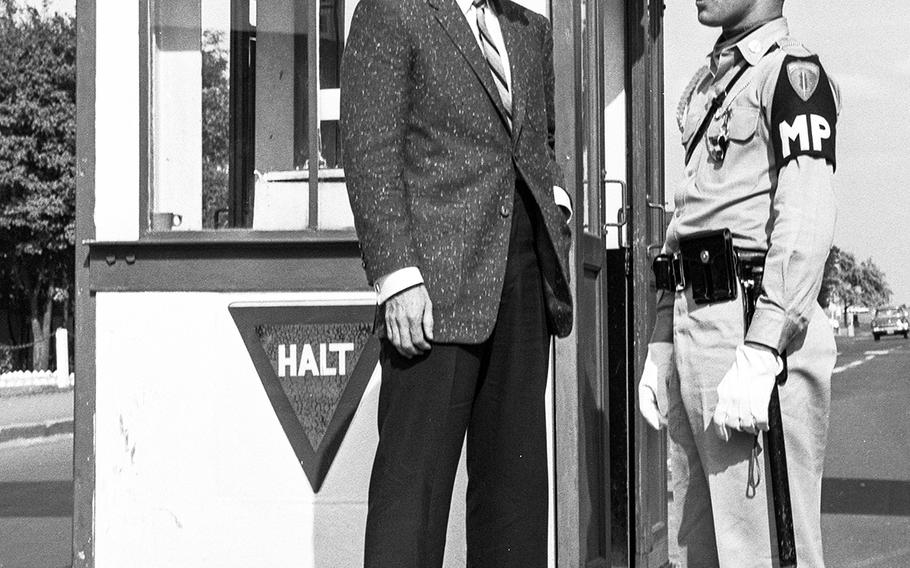 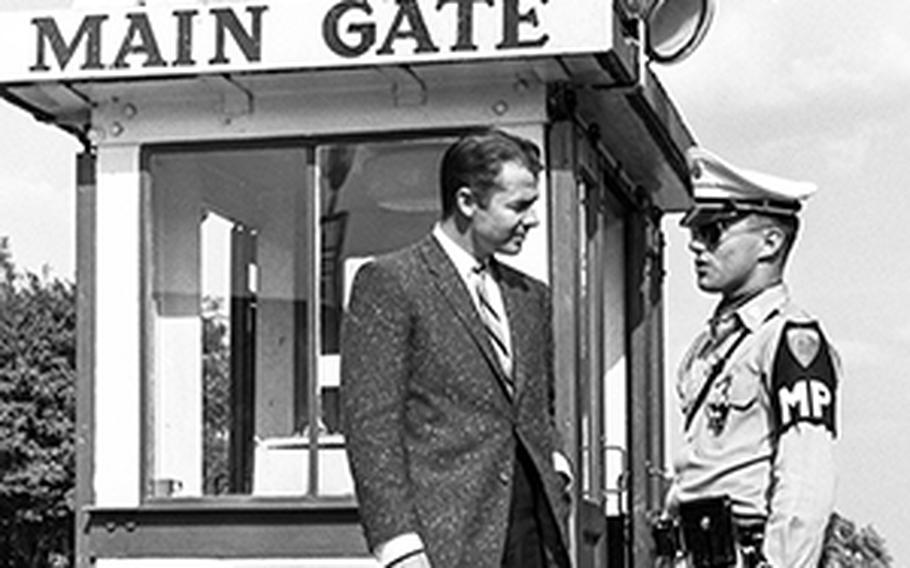 Dale Whitney ©Stars and StripesWuerzburg, West Germany, June, 1960: Audie Murphy, America's most decorated soldier of World War II, talks with an MP while visiting Europe to film "The Broken Bridge," a documentary about missiles being used by the Army. During the war, Murphy earned the Medal of Honor, the Distinguished Service Cross, two Silver Stars, three Purple Hearts and many other decorations.

RELATED MATERIAL: Stars and Stripes' 1969 story about Audie Murphy and the filming. View "The Broken Bridge," the film Audie Murphy was making in Germany.