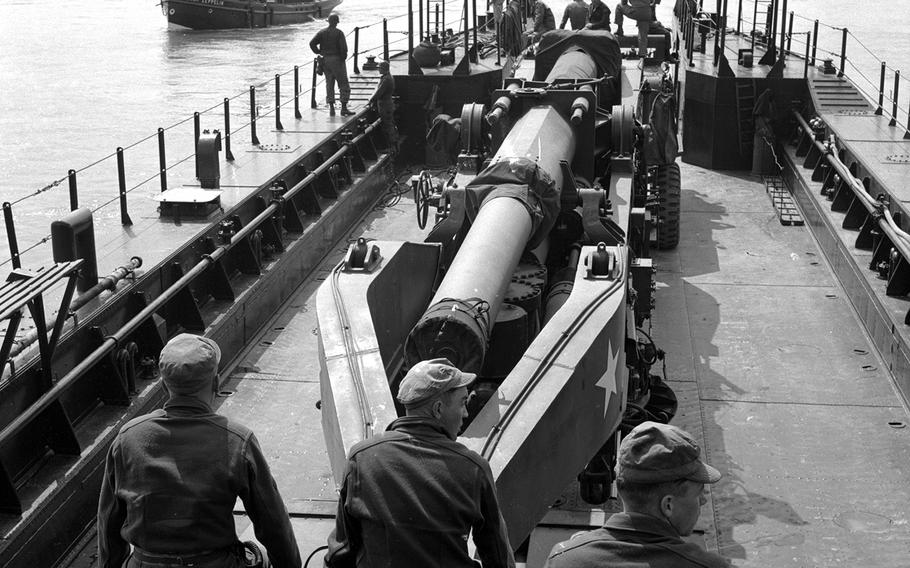 Stars and StripesGermersheim, Germany, May, 1954: A Landing Craft Utility based at the Rhine River Patrol's Unit K station at Karlsruhe, carries a 280mm "atomic cannon" across the Rhine during Operation Big Lift. Six of the 83-ton big guns, capable of firing a shell 20 miles, were transported across the river during the joint Army-Navy exercise.