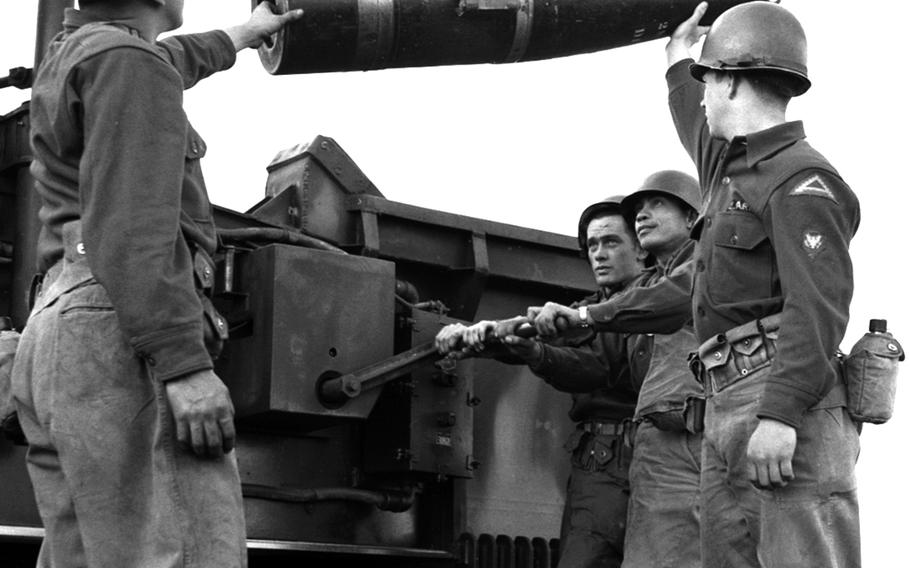 Gene Bane ©Stars and StripesBad Kreuznach, Germany, September 8, 1956: Soldiers of Battery C's 2nd Gun Platoon from the 264th Field Artillery Battalion prepare to load a shell into a 280mm "atomic cannon." The unit had set a firing record for the massive 280mm gun, which was capable of firing both conventional and nuclear shells and was transported on two vehicles whose drivers kept in touch by telephone.