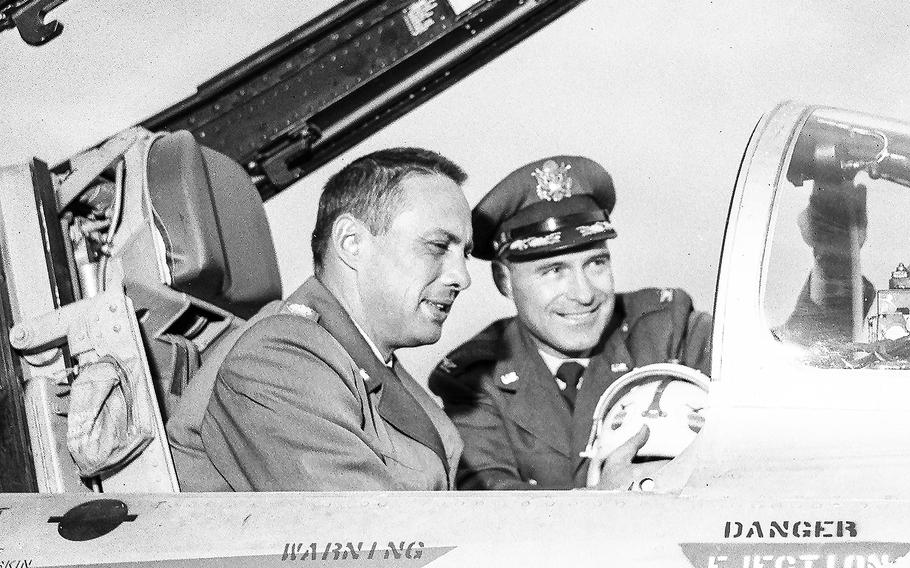 Gene Bane ©Stars and StripesWeathersfield, England, September, 1957: Former Army football star Maj. Felix "Doc" Blanchard, left, is introduced to the controls of an F-100D jet fighter by Col. Raymond F. Tolliver, commander of the 20th Fighter-Bomber Wing at Weathersfield. At West Point, Blanchard won the 1945 Heisman Trophy while teaming up with Glenn Davis in one of the most effective backfield combinations of all time. Fullback Blanchard, known as "Mr. Inside," and halfback Glenn Davis, "Mr. Outside," led Army to a three-year record of 27-0-1 and two national titles. Blanchard eventually joined the Air Force, and flew dozens of combat missions in Korea and Vietnam.