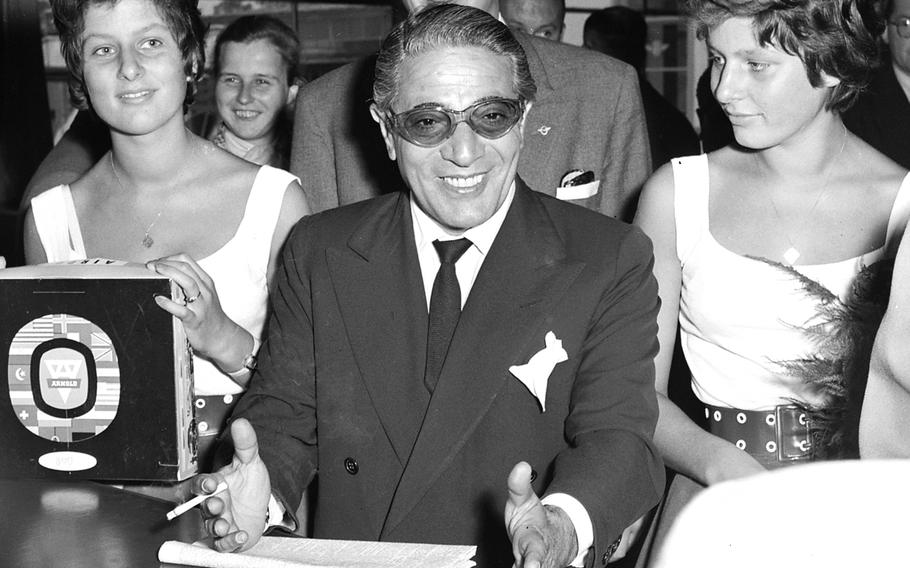 ©Stars and StripesFrankfurt, West Germany, 1955: Greek shipping magnate Aristotle Onassis is the center of attention as he arrives at the Frankfurt airport. Onassis was unknown to most Americans then, but his marriage to the widow of President John F. Kennedy put him in the spotlight in the late 1960s.