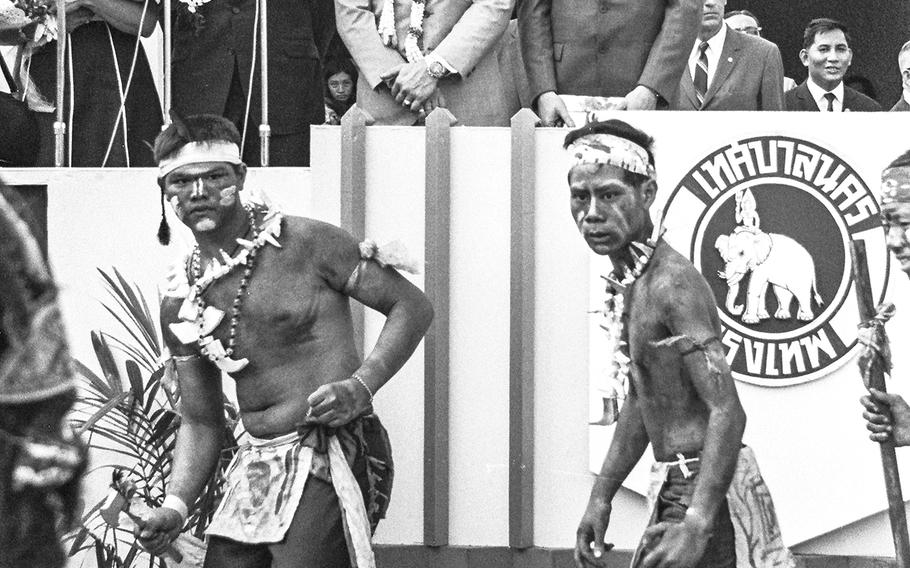 ©Stars and StripesBangkok, Thailand, October, 1969: Apollo 11 astronauts Michael Collins, Buzz Aldrin and Neil Armstrong, left to right, are greeted by a demonstration of Thai folk dancing as they arrive in Bangkok on the latest stop in their world tour. The heroes of the mission that resulted in the first lunar landing in July were touring the Far East as special envoys of President Nixon.