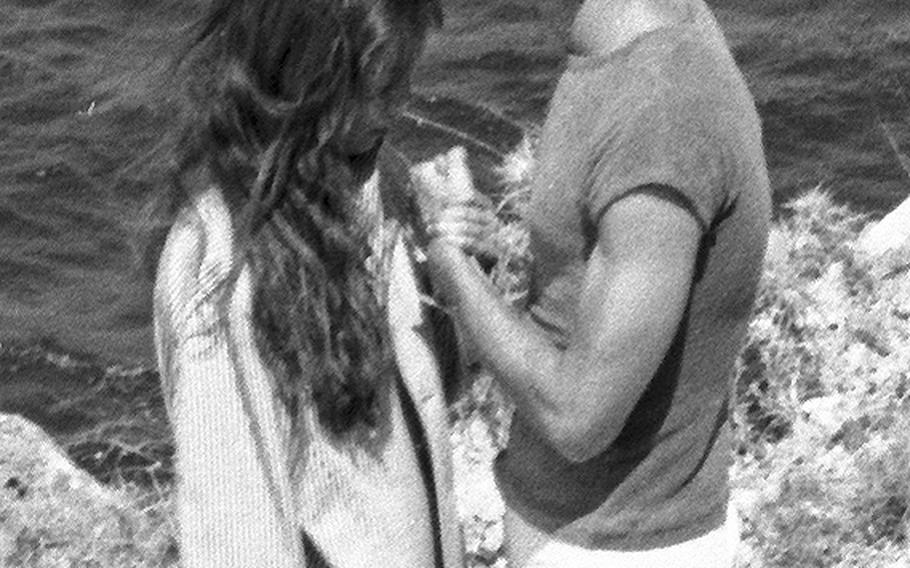 Gene Donner ©Stars and StripesHydra, Greece, September, 1961: An irritated Anthony Perkins shoots photographers a look he made famous in "Psycho" a year earlier as he and Elizabeth Ercy wait to film a scene on the set of "Phaedra." The short scene required 40 takes, thanks in part to the presence of a crowd of spectators. "'We expect people to come around," said Perkins, "but sometimes you just have to shout 'hold it' and try to compose yourself. A few minutes and you're all right again. But there's one guy up there who is driving me crazy. I don't know what his story is, but he never stops taking the same picture — five days in a row now. Somehow it irks you."

RELATED MATERIAL: A 1961 Stars and Stripes interview with Perkins during the filming of "Phaedra."