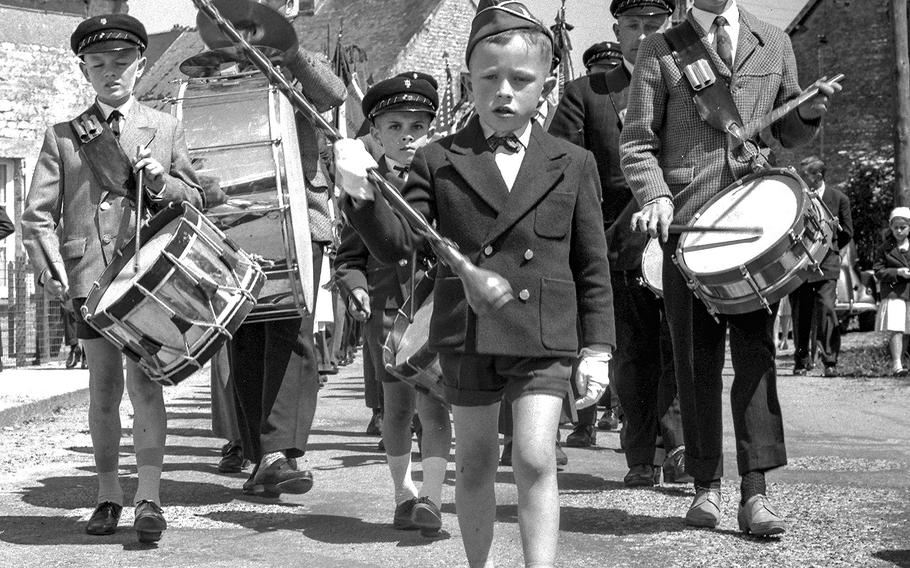 Norm Zeisloft ©Stars and StripesSte. Mère-Église, France, June, 1961: The children of Ste. Mère-Église, Normandy, lead a parade marking the 17th anniversary of the town's liberation by Allied forces during the World War II D-Day invasion. Among the guests at the celebration were Ambassador to France James M. Gavin, who commanded the 82nd Airborne Division on D-Day, and several members of the 505th Infantry, which (as the 505th Parachute Infantry Regiment) took the town from the Germans.