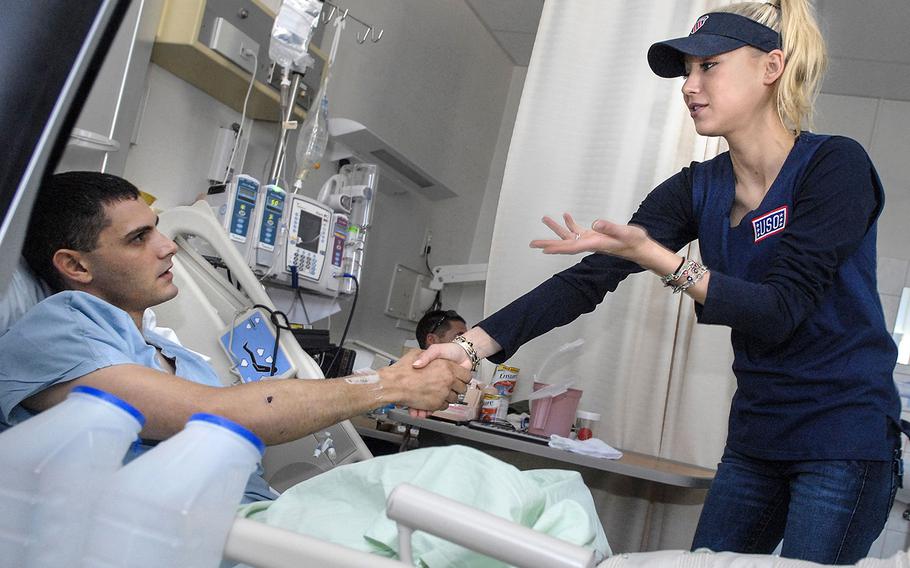 Ben Bloker ©Stars and StripesLandstuhl, Germany, May, 2009: Former tennis star Anna Kournikova visits with Army Pfc. Philip Paunesco in a ward at Landstuhl Regional Medical Center. Paunesco was wounded by a roadside bomb attack while returning from a patrol in Afghanistan. Kournikova, on her second USO tour, also spoke to students at area DODDS schools.