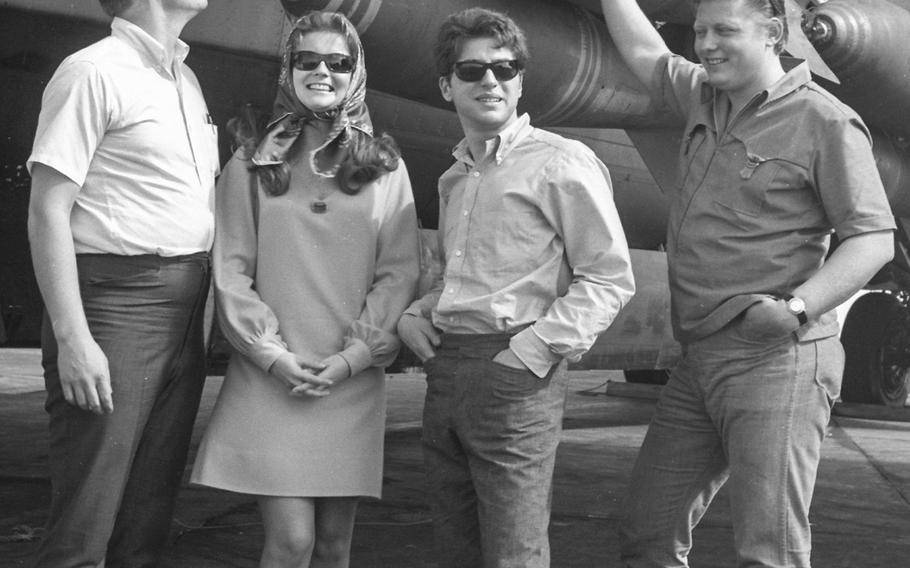 ©Stars and StripesAndersen Air Force Base, Guam, March, 1966: On their way to Vietnam, where they were to spend 15 days performing for the troops, singer-actress Ann-Margret and her band got a close-up look at a B-52 bomber on an Andersen AFB runway. From left to right are bassist Chuck Day, Ann-Margret, guitarist Johnny Rivers and drummer Mickey Jones. As they were visiting, the entertainers watched as a B-52 returning from a mission over Vietnam made a successful landing in spite of a faulty right rear landing gear.