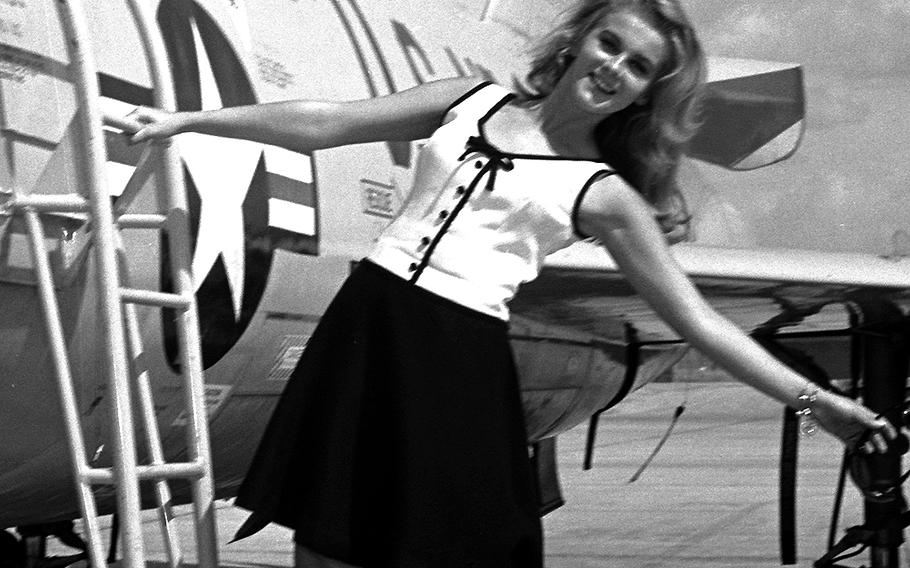 Red Grandy ©Stars and StripesTorrejon Air Base, Spain, May, 1964: Ann-Margret poses next to a plane from the 497th Fighter Interceptor Squadron on the flight line at Torrejon. The actress — who would visit many more military facilities over the years on USO tours and become a favorite of servicemembers — was in Spain for the filming of "The Pleasure Seekers," which also starred Carol Lynley and Pamela Tiffin. Her most recent release was the Elvis Presley film, "Viva Las Vegas."