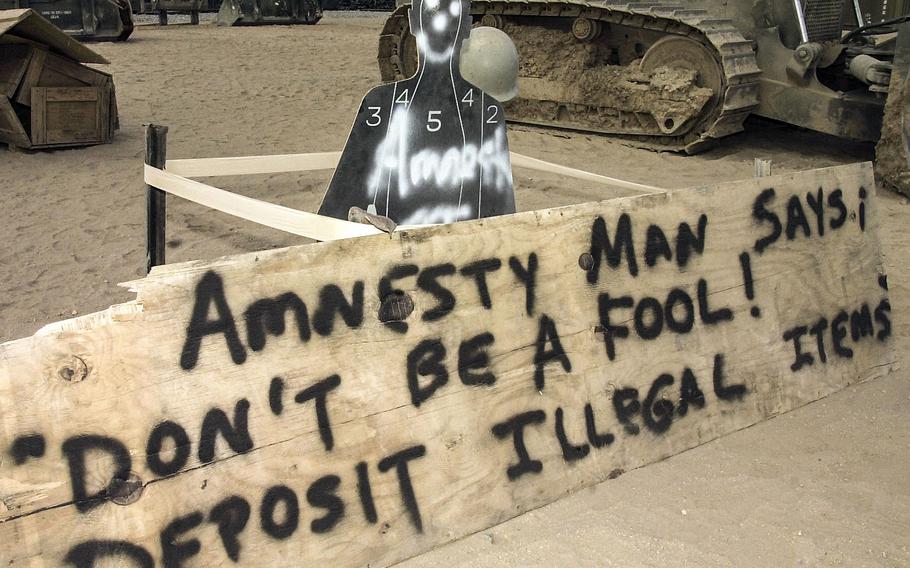 Rick Scavetta ©Stars and StripesCamp Matilda, Kuwait, May, 2003: "Amnesty Man" warns Marines departing for home that they should leave battlefield contraband behind rather than risk being caught by the MPs and facing a court-martial. A Stars and Stripes story about the crackdown on war trophies noted that drop boxes around the base had netted "everything from grenades to a bazooka," and the one depicted contained "some Iraqi 12.7 mm bullets, several enemy bayonets and a collapsible saw for cutting trees."

RELATED MATERIAL: Stars and Stripes' 2003 story about the contraband crackdown.