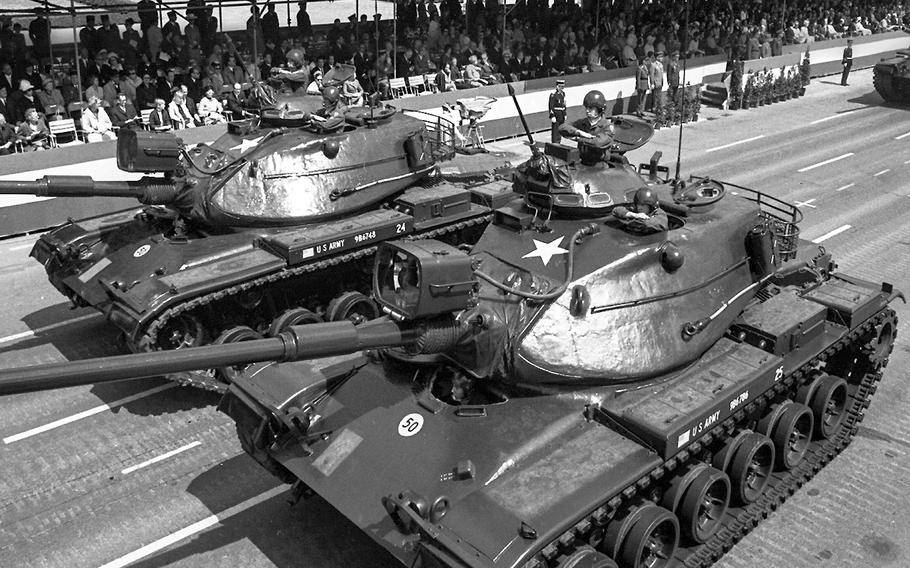 Red Grandy ©Stars and StripesBerlin, May, 1969: American armor rolls past the reviewing stand during the annual Allied Forces Day parade through Berlin's streets, from the victory monument to Ernst Reuter Platz. Featured were personnel and hardware from the three countries that controlled the Western sector of the city — the U.S., Great Britain and France.