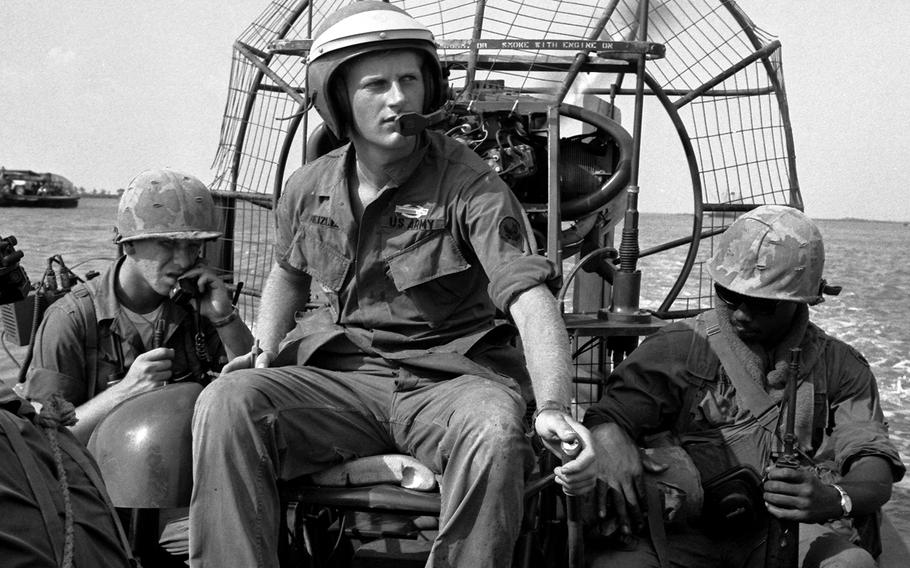 Bruce McIlhaney ©Stars and StripesSouth Vietnam, April, 1968: Spc. 4 Joe Heizler pilots the command airboat of an eight-boat fleet operated by the 15th Engineer Battalion, 9th Infantry Division, near Nha Be, an area said to be used by the Viet Cong in organizing attacks on Saigon. The airboats, which could travel at speeds up to 40 knots, were used in shallow waters similar to those where the boats are most commonly found, in Florida's Everglades.