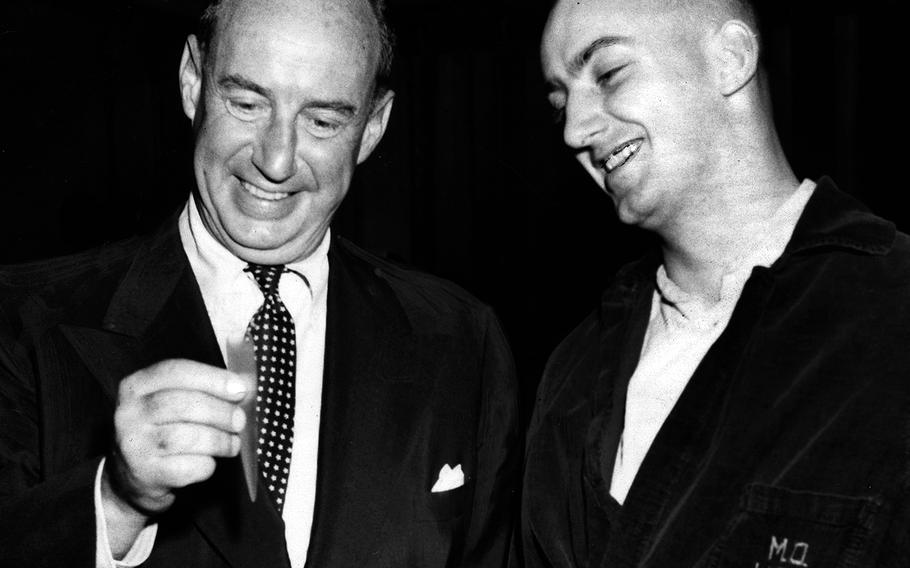 Carl Meyering ©Stars and StripesTokyo, March, 1953: Former Illinois Gov. Adlai Stevenson, the Democratic Party's 1952 and 1956 presidential nominee, receives a letter opener with a donkey carved into the handle from Pfc. Harold A. Rodbro of Waukegan, Ill., at the Tokyo Army Hospital. In addition to visiting with soldiers who were wounded in Korea, Stevenson received a physical exam in preparation for his own trip to the war zone.