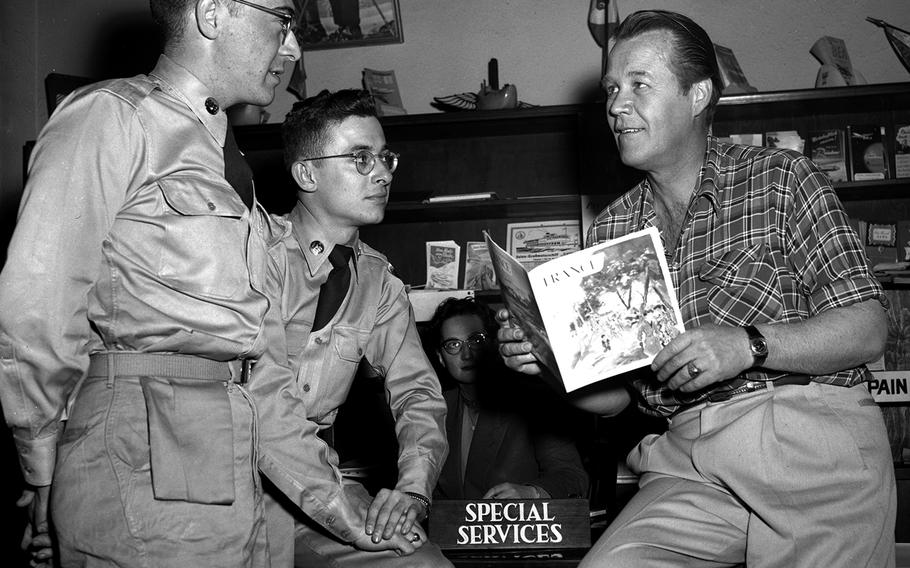 Lou Dombrowski ©Stars and StripesFrankfurt, West Germany, May, 1954: Actor Wayne Morris, on a tour of bases in France, Germany, Austria and Italy, talks with American soldiers at the Carlton Hotel. Morris starred in the 1937 film "Kid Galahad" and many "B" westerns, but much more notable were his World War II accomplishments. As a Navy pilot flying F6F Hellcats off the USS Essex, he shot down seven Japanese planes and helped sink several enemy ships during his 57 missions. In addition to status as an ace, his actions earned him four Distinguished Flying Crosses and two Air Medals. In 1959, he died of a heart attack at age 45 while visiting the USS Bon Homme Richard.