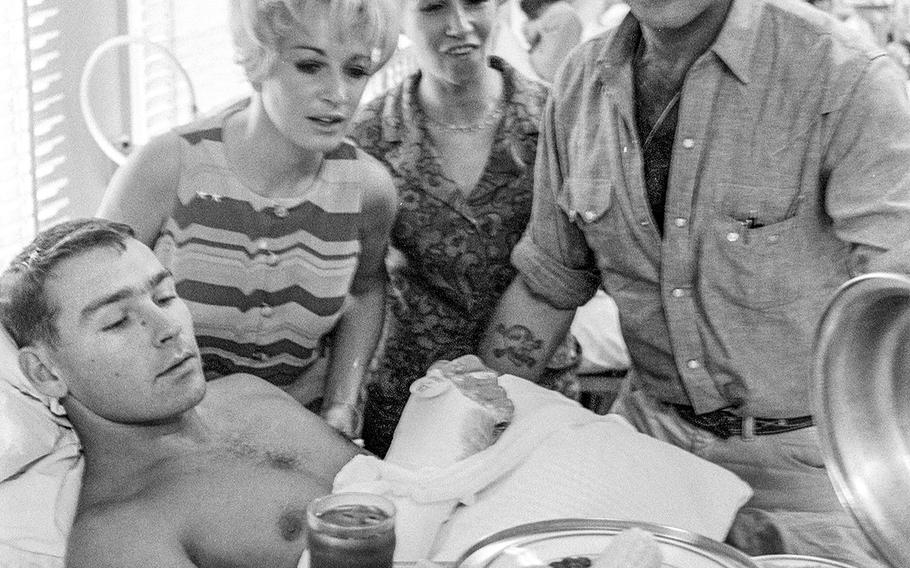 Jim Falk ©Stars and StripesYokosuka Naval Base, Japan, July, 1967: Actor Hugh O'Brian, Star of the "Wyatt Earp" TV series, unveils dinner for Marine Sgt. William A. Ferrell, a patient at the Yokosuka Naval Hospital who was wounded the previous month at Dong Ha, Vietnam. Behind them are Linda Michele and Ruth Lawrence of the USO's "Guys and Dolls" dance troupe. O'Brian, as a World War II Marine, was one of the youngest drill instructor in the Corps.