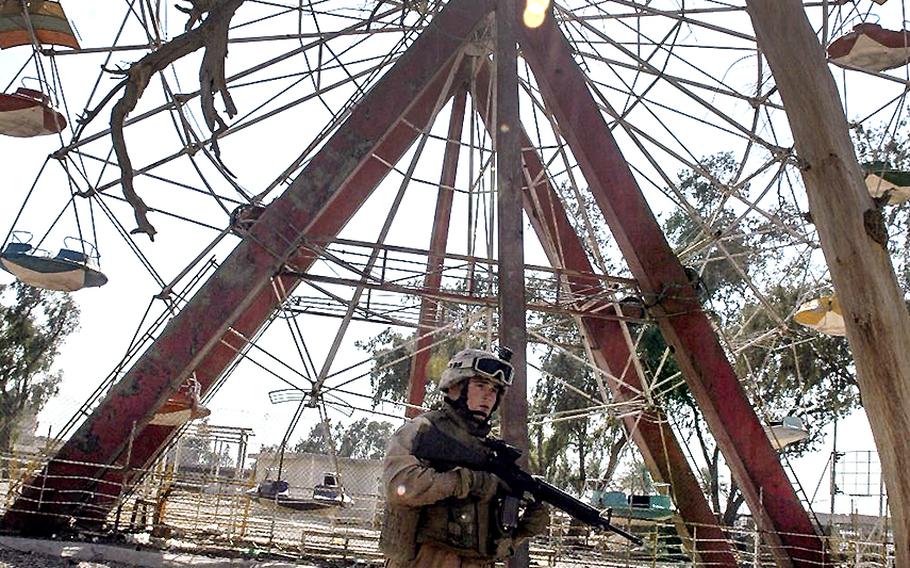 Monte Morin ©Stars and StripesFallujah, Iraq, July, 2006: A U.S. Marine with 1st Battalion, 25th Marine Regiment walks beneath a war-damaged Ferris wheel at abandoned Jolan Park in Fallujah. The park was the scene of heavy fighting in the battle to recapture the city from insurgents in 2004, and two years later was thought to be a hiding place for insurgent weapons and a launch site for mortar attacks. “This isn’t Six Flags, I’ll say that,” joked one Marine.