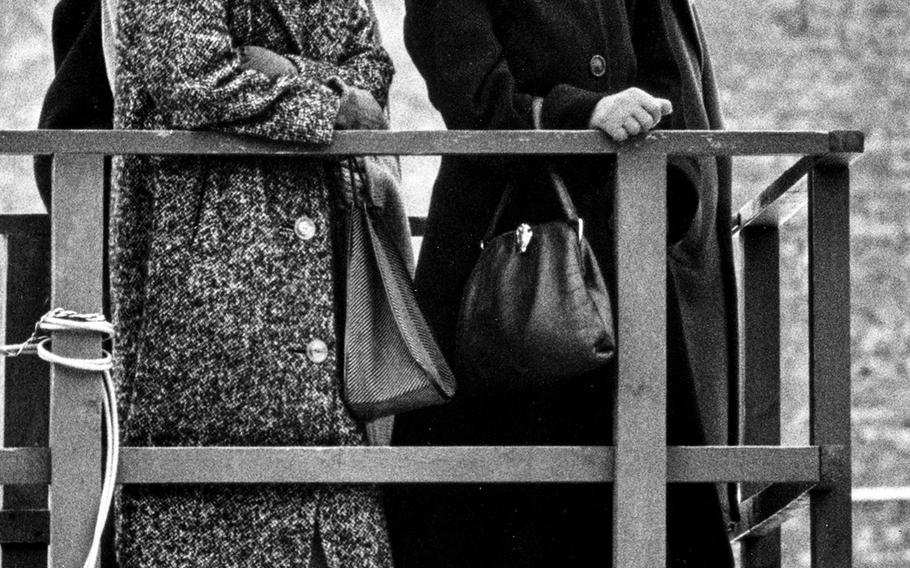 Bob Milnes ©Stars and Stripes Berlin, December, 1963: West Berliners looking over the two-year-old Berlin Wall from an observation deck don't seem ready to give the scene unfolding in front of them any good reviews. And the view wouldn't get any better for more than a quarter of a century, until the hated barrier finally fell in November, 1989.