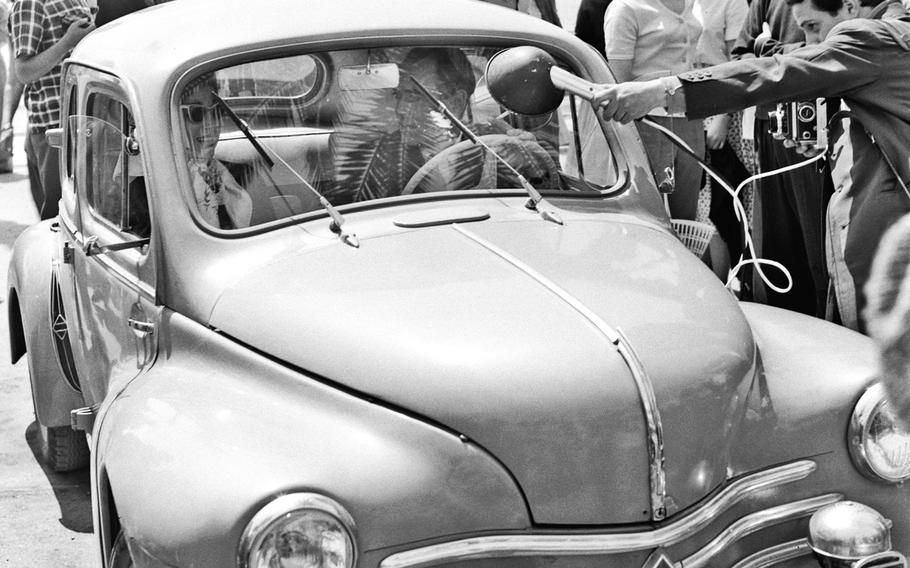 Red Grandy ©Stars and StripesCannes, France, May, 1957: Henry Fonda is looking toward his passenger as he waits in traffic on the streets of Cannes, but when he turns his attention back to the road the actor is going to get a bright surprise from a photographer whose powerful flash is poised inches from his face. Fonda was attending the annual Cannes Film Festival.