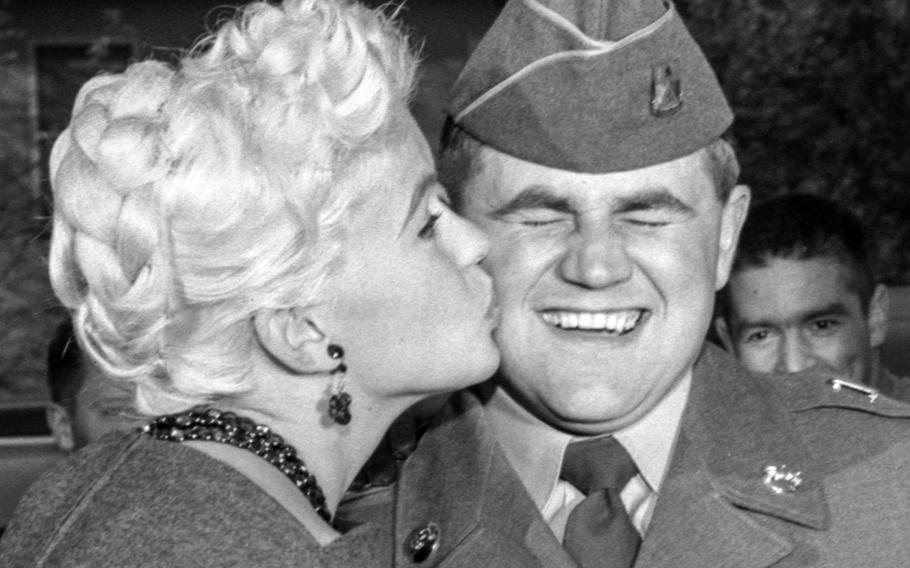 Red Grandy ©Stars and StripesFrankfurt, West Germany, October, 1957: A servicemember who won a contest collects his prize, a kiss from Jayne Mansfield. The actress had just arrived at Rhein-Main from Paris to begin a six-day visit to Germany that included visits to a military hospital, a service football game and an officers' club reception. At an airport press conference, she announced her plans to marry Hungarian body-builder Mickey Hargitay.