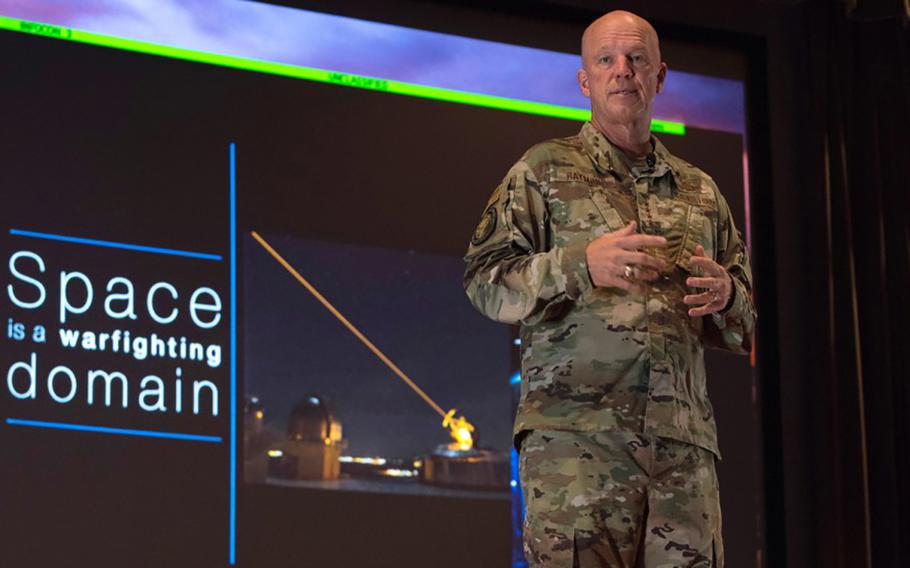 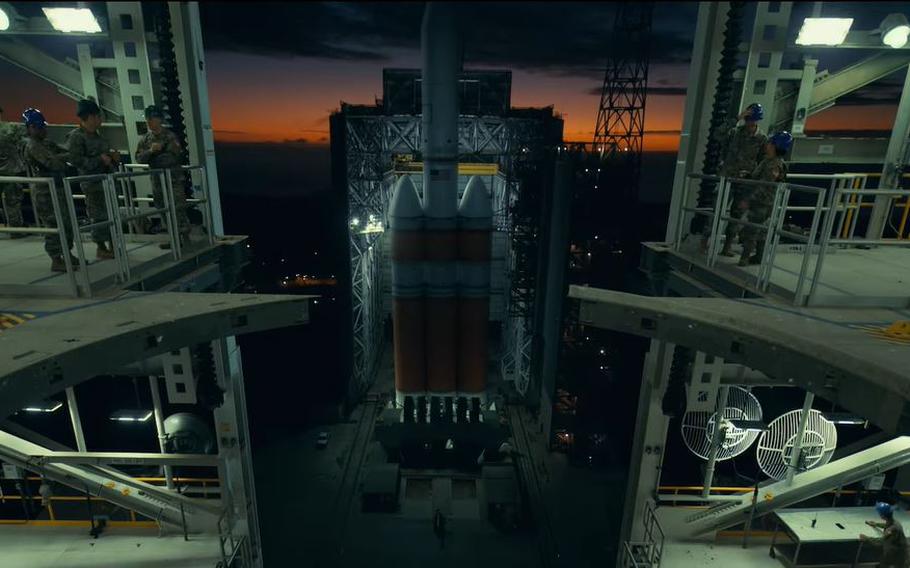 In the short video, a young man looks longingly up at a night sky full of bright stars between short flashes of images associated with the military and space as a narrator says, “some people look to the stars and ask, ‘What if?’”

Gen. Jay Raymond, the chief of space operations, previewed the commercial Wednesday morning during a video conference with the Space Foundation¸ a Colorado-based nonprofit organization that advocates for the global space industry.

Raymond reported a high level of interest in his new military branch, which was founded in December and saw its first major expansion last month. The Space Force grew from two members — Raymond and his senior enlisted leader Chief Master Sgt. Roger Towberman — to 88 on April 18, when it added 86 second lieutenants who commissioned directly into the service upon graduating from the Air Force Academy.

Raymond said he expected to see a lot of interest in joining Space Force driven by the new commercial, which directs people interested in the force to its website, spaceforce.mil. Officially, the Air Force is handling the recruiting efforts for the Space Force, which Raymond envisions remaining relatively small, reaching about 16,000 troops

“There is no more critical time or exciting time to be in our business,” he said. “If you are interest in serving, we are interested in having you.”

Air Force Secretary Barbara Barrett, who spoke alongside Raymond on Wednesday, said she was proud of the new commercial, which she described as an initial “effort to talk to the folks out there who would like to be part of an exciting, new, happening place.”

After previewing the commercial, Barrett pointed out the inclusion of the secretive X-37B Orbital Test Vehicle, an Air Force-owned, unmanned space craft that looks like a small version of a space shuttle.

It will conduct a variety of missions, including five unspecified Air Force experiments, a test by the U.S. Naval Research Laboratory on transforming solar power into radio frequency microwave energy, and two NASA experiments on space’s effects on certain materials and seeds, according to the Air Force.

The X-37B completed its most recent mission in October 2019 after spending 780 days in orbit. The vehicle has spent a total of 2,875 days in space, serving primarily classified operations, officials said.

Barrett dedicated the coming launch to the first responders and others working to battle the national health emergency caused by the coronavirus pandemic.

It will mark at least the second launch by the Space Force, which sent a communications satellite into orbit in March in its first mission.

"Each launch represents a significant milestone and advancement in terms of how we build, test, and deploy space capabilities in a rapid and responsive manner,” Raymond said.