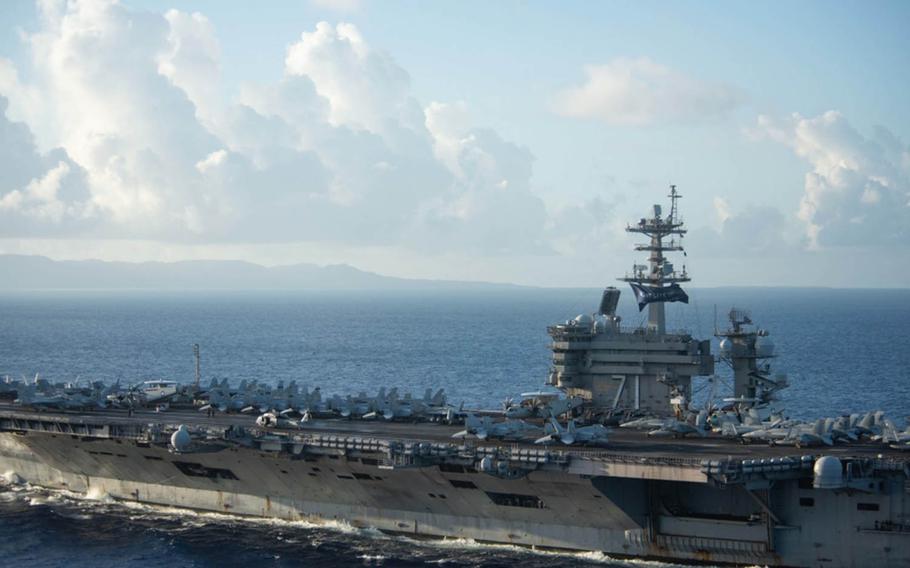 WASHINGTON — Two sailors aboard the USS Theodore Roosevelt have been infected with the coronavirus, several months after a serious outbreak of the virus on the aircraft carrier derailed its deployment, Navy officials said Friday.

The sailors were at sea aboard the ship off the California coast when they self-reported symptoms of the virus, Cmdr. Zach Harrell, a spokesman for Naval Air Forces, said in a statement issued Friday.

The Navy statement confirmed a “small number” of sailors tested positive Thursday. However, The New York Times reported two sailors in the last three days tested positive for the virus. A Navy official confirmed there were two cases from the Roosevelt as of Friday.

The sailors received medical treatment and were evacuated off the Roosevelt for isolation. The other sailors who were in close contact with them have been quarantined after contact tracing and they have all tested negative for the virus, according to Harrell.

“The number of sailors that were placed in quarantine amounts to less than one percent of the crew,” he said in the statement.

The Roosevelt has a crew of about 4,800 sailors, and the ship is expected to return to its homeport in San Diego in the next few days, according to Harrell.

On July 9, the Roosevelt returned to San Diego after a six-month deployment to the Indo-Pacific region, where the nuclear-powered aircraft carrier was sidelined by an outbreak of the coronavirus. On March 27, the ship arrived in Guam, where it remained for nearly two months as the virus spread among the ship’s crew, eventually infecting 1,273 sailors and killing one.

On Tuesday, the ship left its base in California to conduct routine operations in the eastern Pacific Ocean, according to the Navy.