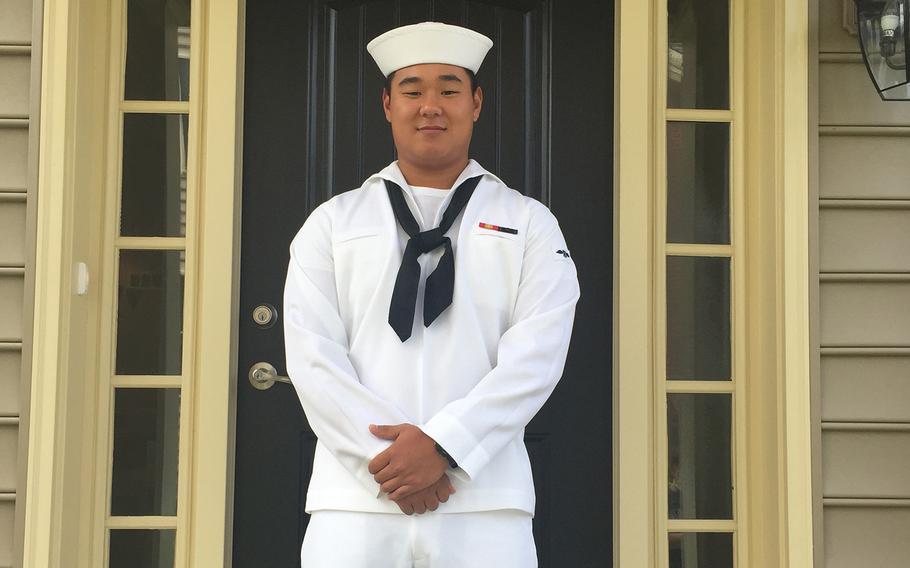 Seaman Apprentice Joseph Min Naglak, 21, was killed after being struck by a plane propeller aboard the USS George H.W. Bush on Monday, Sept. 18, 2018. ()

WASHINGTON — A sailor killed aboard the USS George H.W. Bush was struck by an aircraft’s turning propeller after securing the plane to the ship’s flight deck, a Navy spokesman said Tuesday.

Seaman Apprentice Joseph Min Naglak was struck by the propeller of an E-2C Hawkeye on Monday during flight operations aboard the aircraft carrier, which was off the East Coast of the United States, said Navy Cmdr. Dave Hecht, a spokesman for Naval Air Force Atlantic. Naglak was the only sailor injured in the incident, which remains under investigation, Hecht said.

Naglak, 21, was an aviation boatswain’s mate from West Windsor, New Jersey. He had served aboard the Bush since August 2017, four months after he enlisted in the service, according to the Navy.

“The loss of a shipmate is a heartbreaking experience for a crew of a naval vessel and those aboard USS George H.W. Bush will mourn Naglak’s passing and remember him always for his devoted service and sacrifice to our nation,” the Navy said in a statement.

Hecht said Tuesday that sailors aboard the Bush had resumed flight operations after a brief pause following Naglak’s death.

The Bush, which left Norfolk, Va., last week to avoid the impact of Hurricane Florence, is expected to remain at sea where it is continuing naval pilot aircraft carrier qualifications, Hecht said.

Naglak’s death was the ninth of a sailor in an aviation incident during fiscal year 2018, which will end Sept. 30, according the Naval Safety Center.