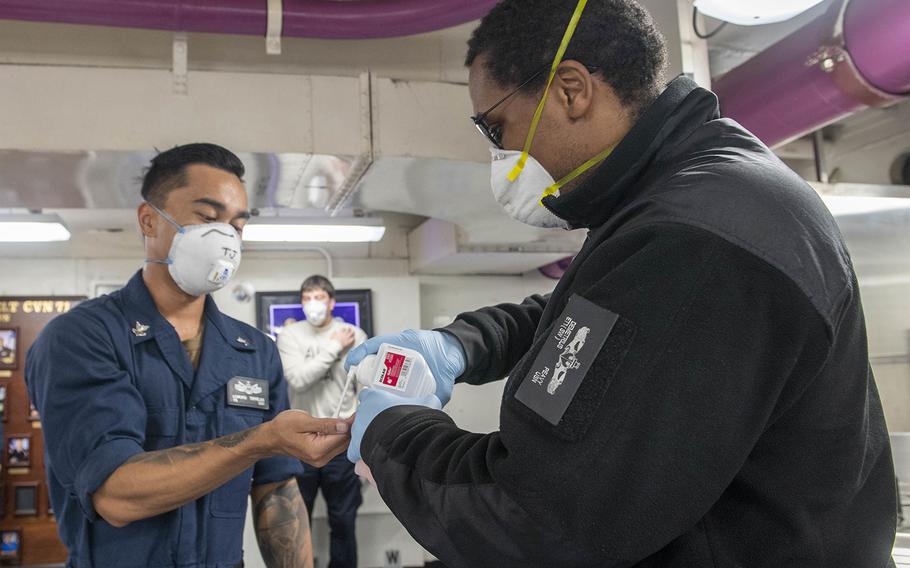 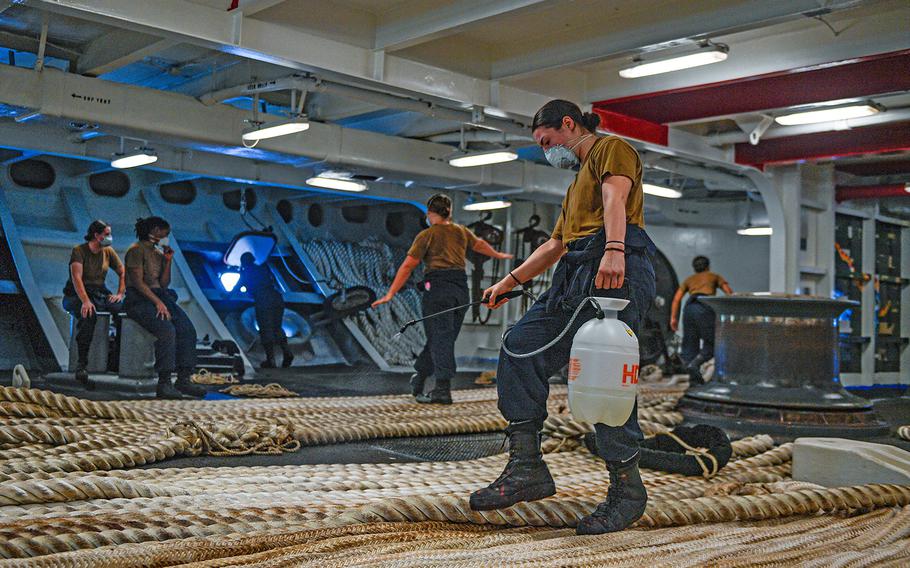 WASHINGTON — Ships at sea will now operate as clean “bubbles,” allowing only people aboard who have been medically screened and who adhere to health mitigation measures, according to new standards released Wednesday by the Navy.

After serious outbreaks of the coronavirus on the aircraft carrier USS Theodore Roosevelt and the destroyer USS Kidd while the ships were at sea, the Navy has developed a new standardized operational guidance for the fleet during the pandemic based on lessons learned from combating the disease.

The outbreaks also prompted the Defense Department’s inspector general to initiate an evaluation of the Navy’s approach to preventing the spread of infectious diseases aboard its ships and submarines. The evaluation will determine whether the Navy has put in place policies and procedures to prevent and stop the spread of diseases, and if mitigation measures that are effective at preventing the spread of the coronavirus had been implemented across the fleet, according to an announcement May 11.

The new guidance also comes the same day that the Navy’s own investigation into its response to the outbreak on the Roosevelt is expected to be delivered to Adm. Mike Gilday, the chief of naval operations. The initial investigation was expanded April 29 after acting Navy Secretary James McPherson said the first inquiry left him with “unanswered questions.”

His decision followed Defense Secretary Mark Esper’s own request days before for more time to review the Navy’s first investigation after he was briefed by McPherson and Gilday on the report’s recommendations.

Much of the mitigation measures in the new guidance already have been implemented by recently deployed ships such as the aircraft carrier USS Ronald Reagan, which had medical screenings and a restriction of movement for all sailors before they were allowed aboard. The Navy’s message Wednesday to the fleet makes these measures the standard across the force for operating during the coronavirus pandemic.

After the two-week restriction and the crew is at sea with no cases for more than 14 days, the ship is now considered an established “bubble” that only personnel and contractors who have also been screened and gone through self-isolation will be allowed to board.

One of the theories with the outbreak aboard the USS Kidd is the crew might have come into contact with an infected person during their counter-drug mission, Esper said during a news conference May 5 at the Pentagon.

The guidance does allow for a waiver in “extraordinary circumstances” for someone such as a contractor or inspection team to skip a restriction of movement period prior to boarding a ship. Approval from the naval component commander -- such as the admiral of a regional command like Pacific Fleet -- is required before they are allowed into the “established bubble,” according to the guidance.

Sailors will still need to practice personal mitigation measures such as wearing face coverings, self-monitoring, and washing their hands, according to the guidance. Areas on the ship will also be required to be cleaned daily. The guidance also goes over requirements if a sailor becomes sick with the coronavirus and procedures for the ship once it returns from a deployment, including more health screenings.