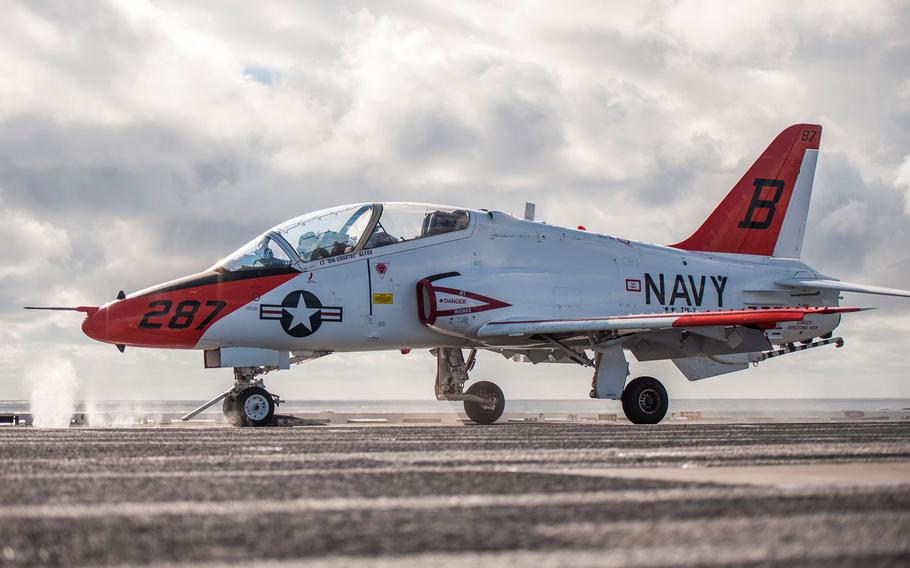 The pilot of the T-45C ejected from the aircraft and was recovered from the bay by local boaters, a Navy statement said. The pilot was taken to University of California, San Diego Medical Center for treatment and released Friday evening in stable condition.

Lt. Reagan Lauritzen, a Navy spokeswoman, told the AP that no one else was aboard the aircraft.

KGTV-TV San Diego published a photograph of a downed aircraft in the bay's shallow waters. An image at NBCSanDiego.com showed a small jet in the water.

The T-45C is assigned to Training Squadron Nine, stationed out of Meridian, Miss. The pilot was conducting routine training for aircraft carrier landing qualifications when the incident occurred at the base in Coronado, Calif., near downtown San Diego.