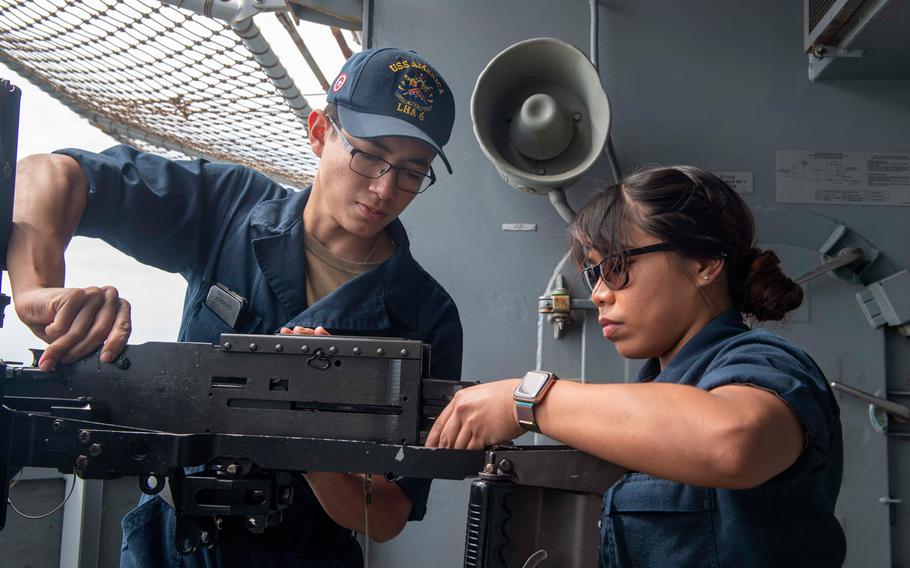 The Navy has added nearly two dozen job categories for which sailors are eligible for sea-duty bonus pay, an expansion done to ensure operations will continue during the coronavirus epidemic, the Navy said.

Twenty-three new ratings were added to an existing list of those eligible to receive sea duty incentive pay for extending current tours at sea or returning to sea early, the Navy said in a news release Wednesday.

The additions bring the total number of ratings eligible for the bonus to just under 120.

“The move was done to ensure the Navy continues to fill operational requirements for sea-going commands, particularly in this challenging time brought on by the [coronavirus] pandemic,” the news release said.

With 1,445 confirmed cases of coronavirus as of Friday morning, the Navy is the hardest hit of America’s military services.

Sailors assigned to the carrier USS Theodore Roosevelt account for 840 of those cases. The ship has been sidelined in Guam since late March as it deals with the contagion.

Sailors testing positive for the virus have been found in another 26 Navy ships now in port, a Navy official speaking on the condition of anonymity told Stars and Stripes Wednesday.

Sailors who wish to extend sea duty can either choose a billet at their current command, or choose one at a new command, according to the Navy. In doing so, sailors must commit to serve one to four years in that billet.

Requests for extension should be made more than 14 months prior to a sailor’s projected rotation date.

The Navy established the sea duty incentive pay in 2007 and has since made numerous additions and deletions of eligible billets.