Navy board to evaluate senior enlisted sailors for retirement 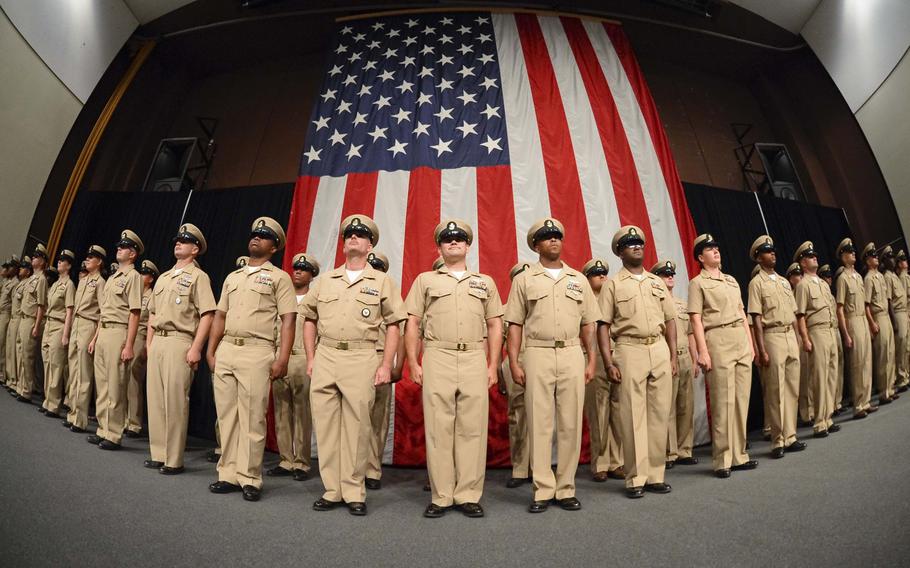 Forty-six active duty and Reserve chief petty officers stationed at Naval Support Activity Mid-South don their anchors during an official pinning ceremony Sept. 13, 2013. Senior enlisted sailors will have to prove their worth or face forced retirement when an internal evaluation board meets later this year, the Navy has announced. (Andrea Perez/U.S. Navy)

Senior enlisted sailors will have to prove their worth or face forced retirement when an internal evaluation board meets later this year, the Navy has announced.

All active-duty and full-time support staff chiefs with three years in rate and 19 years in service will be evaluated, the Navy said in a statement last week. Selected Reserve and Voluntary Training Unit chiefs in similar positions will also face scrutiny.

Touted as a measure of self-policing that clears space in the senior enlisted ranks for rising junior sailors, the Senior Enlisted Continuation Board has annually examined chief proficiency since 2009.

Despite its wide net, the board has trimmed less than 5 percent of the chiefs who have fallen under its auspices, Navy Times said.

Review-eligible sailors will be announced Aug. 29, and the board will convene Oct. 27, the Navy said. The evaluation results will be posted to BUPERS On-Line, and commanding officers will be notified.

“Quite simply this is about quality,” Fleet Master Chief April Beldo, senior enlisted adviser to the chief of naval personnel, was quoted as saying in the Navy statement. “There are no preset numbers, but for every person not selected for continuation, there is a vacancy created in which we can promote a new chief into next year.”

Those who don’t make the cut will have until Aug. 31, 2015, to retire or transfer to the Fleet Reserve, unless operationally waived by the deputy chief of naval personnel.