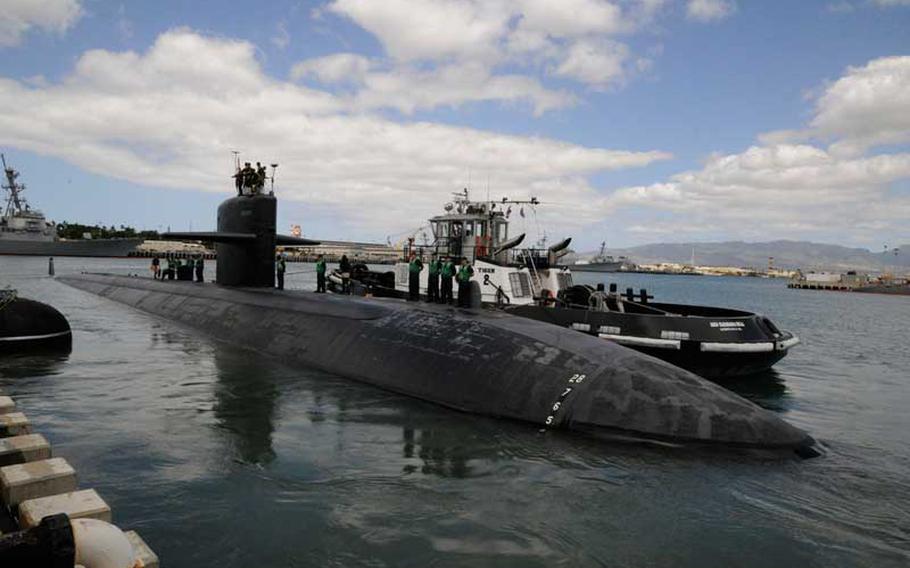 YOKOSUKA NAVAL BASE, Japan — The commanding officer and executive officer of a submarine that collided with a civilian vessel earlier this month were relieved of their duties Sunday, according to a Navy statement.

Rear Adm. Phillip Sawyer of Commander Task Force 54 made the decisions due to a “loss of confidence in Sukols’ ability to command” and in Allen’s ability to serve as second-in-command, according to the statement.

The firings came following an investigation into the Jacksonville’s Jan. 10 collision with an unidentified commercial vessel in the Persian Gulf.

The collision damaged the submarine’s periscope, but no one was hurt, according to the Navy statement.

The commercial ship continued on course following the collision. A P-3 Orion surveillance plane searched the area but found no debris or vessels in distress, according to a Jan. 11 Associated Press report.

Sukols and Allen were given an undisclosed punishment following the Admiral’s Mast, according to the statement. Sawyer also reviewed the actions of other Jacksonville crewmembers, though any punishments they received were also not disclosed.

Sukols and Allen have been reassigned to Commander Submarine Force, U.S. Pacific Fleet in Hawaii.

Commanders relieved of duty are typically reassigned to a headquarters post afterward. Most then either voluntarily retire or face a board of inquiry that determines whether they should remain in the Navy.

Cmdr. Richard Seif, who previously served as commanding officer of USS Buffalo, is temporarily acting as the USS Jacksonville’s commander, according to the Navy statement. Lt. Cmdr. Todd Santala is the interim executive officer.