Five USS Theodore Roosevelt sailors test positive a second time for the coronavirus, 18 others taken off the ship 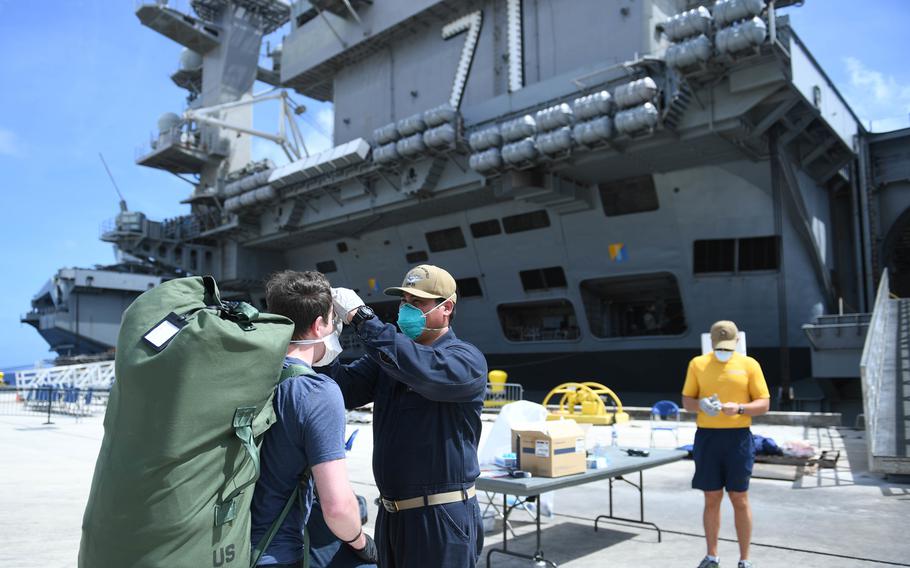 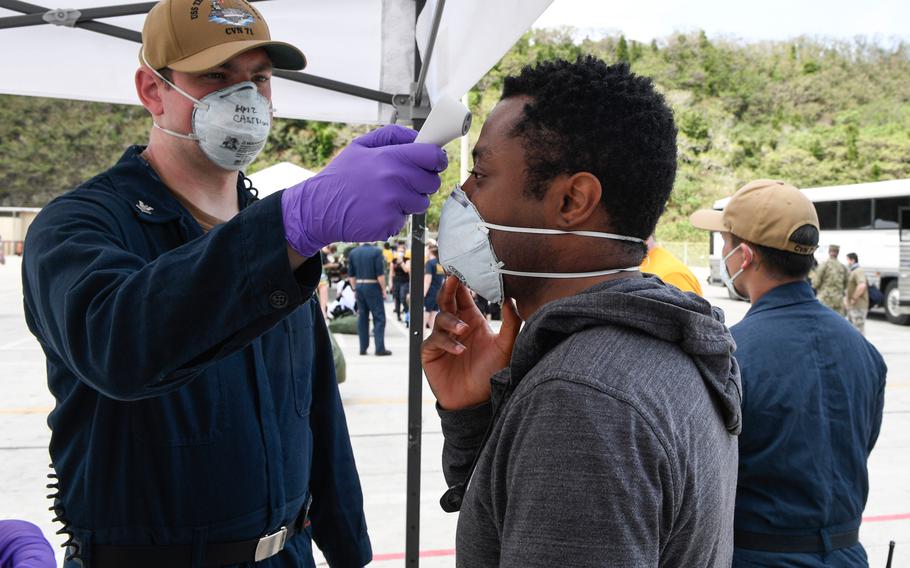 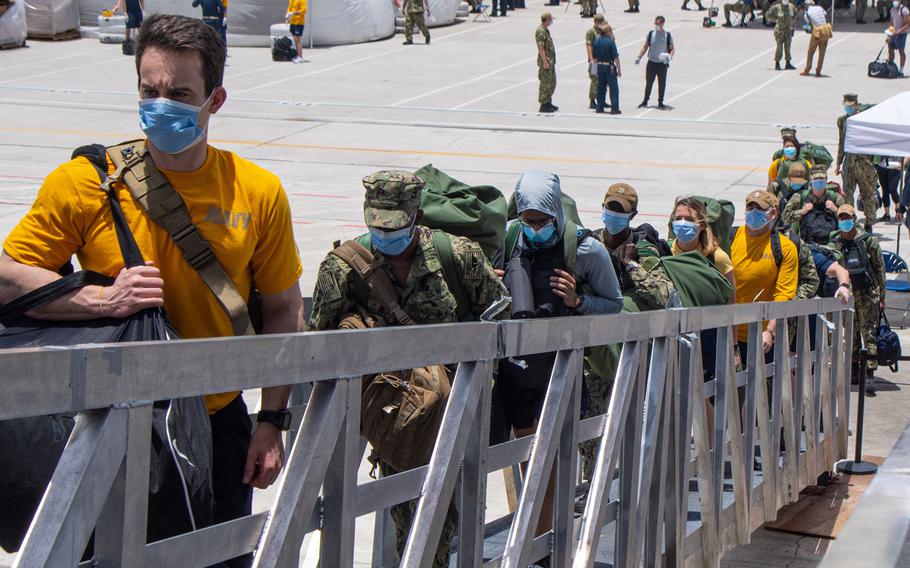 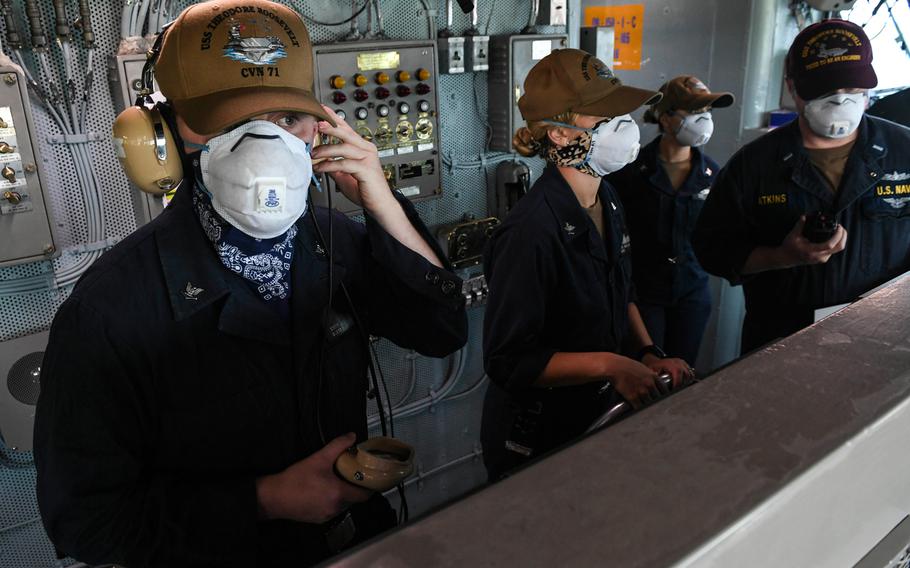 WASHINGTON — Five USS Theodore Roosevelt sailors have tested positive again for the coronavirus after they had already recovered and were allowed to return to the ship, according to the Navy.

The five sailors had developed flu-like symptoms this week and went to be medically evaluated, Cmdr. Myers Vasquez, a Navy spokesman, said in a statement. They were immediately removed from the ship and placed in quarantine.

Additionally, 18 other sailors who had interacted closely with those five have been taken off the aircraft carrier, retested and are waiting for their results in quarantine, according to a U.S. defense official.

The sailors who retested positive did so after they had “met rigorous recovery criteria,” according to Vasquez, and the Navy’s “recovery criteria exceeds all [Centers for Disease Control and Prevention] guidelines.”

The sailors had adhered to strict social distancing protocols put in place by the Navy while they were on the ship, he said.

Sailors who test positive must isolate for at least 14 days, have no symptoms for at least three days, and then are required to have two consecutive negative tests in a greater than 48-hour period before they are allowed to return to the ship, Vasquez said.

The Navy statement did not say how the sailors could have retested positive after meeting the recovery criteria, nor what these new cases mean for the redeployment of the nuclear-powered aircraft carrier, which has been in port in Guam since March 27 to deal with the outbreak aboard the ship.

The Roosevelt had more than 1,100 active cases among its nearly 4,800-member crew as of April 30, the last update that the Navy has provided about cases associated with the ship’s outbreak. The Navy had reported 100% of the crew had been tested for the virus at that time and many of them were returning to the ship after weeks of quarantine on Guam. The ship has also undergone cleaning and sanitizing in preparation of returning to sea, according to the Navy.

The Navy has the highest number of coronavirus cases in the military at 2,191 as of Thursday, according to the Pentagon. The military has a total of 5,472 cases and two deaths, including one sailor from the Roosevelt.

The positive tests come as the Pentagon’s inspector general announced Monday that the office was starting an evaluation into the Navy’s approach to preventing the spread of infectious diseases aboard its ships and submarines after the Roosevelt and the destroyer USS Kidd had coronavirus outbreaks while at sea.

The Navy is conducting its own investigation into the service’s response to the Roosevelt outbreak, which reported its first case March 24. The investigation is expected to be submitted May 27 to Adm. Mike Gilday, the chief of naval operations.