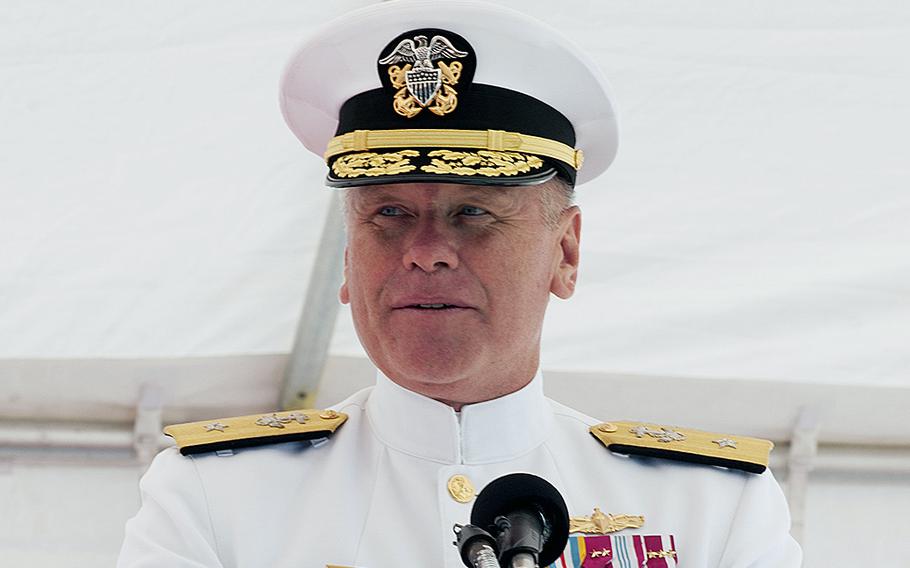 Rear Adm. Richard Williams Jr. gives a speech during a change of command ceremony June 26, 2015, at Joint Base Pearl Harbor-Hickam, where he formerly served as commander of Navy Region Hawaii and Naval Surface Group Middle Pacific, before taking command of Carrier Strike Group 15 in San Diego. The Navy announced Saturday, Jan. 9, 2016, that Williams was relieved of duty based on the initial findings of an ongoing investigation into the alleged misuse of government computer equipment. (Jeff Troutman/U.S. Navy)

The commander of the Navy's Carrier Strike Group 15 based in San Diego was relieved of his duties Friday, the Navy said in a release on Saturday.

Rear Adm. Rick Williams was removed from his position due to a loss of confidence in his ability to command, the release said.

The Navy's Third Fleet Commander Vice Adm. Nora Tyson relieved Williams based on the results of an investigation into allegations of misuse of government computer equipment.

Williams took command of Carrier Strike Group 15 in July 2015. He has been administratively reassigned, the release said, to the staff of Commander, U.S. Third Fleet.

Until a permanent relief is identified, Williams will be replaced by Capt. Chris Barnes who will serve as the interim commander.

According to his Navy biography, Williams was commissioned through an ROTC program in 1984.

He commanded Navy Region Hawaii and Naval Surface Group Middle Pacific from 2013 through 2015, before taking command of Carrier Strike Group 15.