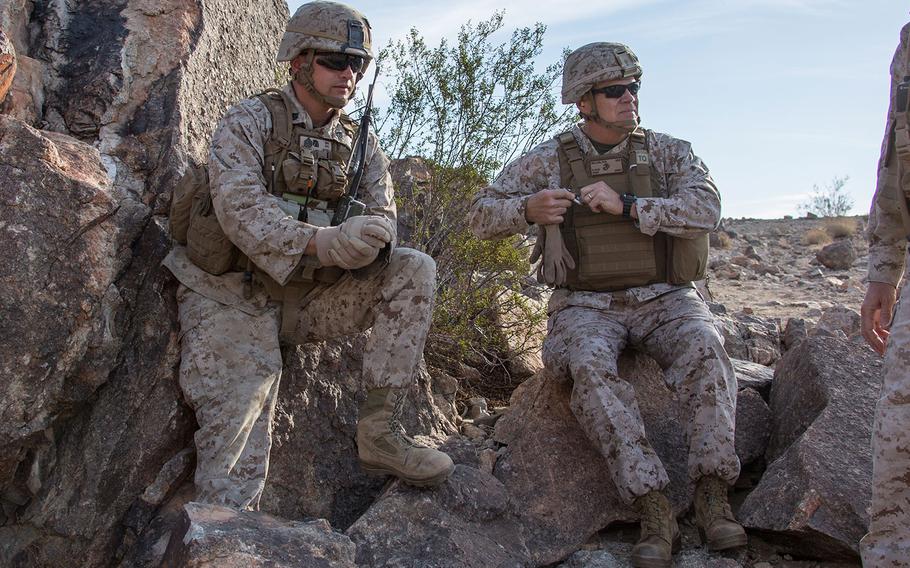 WASHINGTON — All Marine Corps units will hold a one-day operations pause after a string of accidents and other incidents that have left 152 Marines dead during the last fiscal year.

Gen. Robert Neller, Marine Corps Commandant, announced the pause, which started Tuesday, in a message to commanders and enlisted leaders. During the stand down, units are to take one day between Nov. 8 and Dec. 1 to discuss its operations and identify areas that can be improved.

During the last fiscal year, the Marine Corps has faced a string of helicopter and fighter jet crashes that killed pilots and crews, as well as high-profile hazing cases at the Parris Island training center in South Carolina that left at least one Marine recruit dead.

“This is our chance as professionals, from private to general, to pause, think, reflect, and discuss who we are and how we can improve, both as individuals and as a team,” Neller said in a prepared statement. “My goal is for Marines to understand their value to the organization, to know they have a voice, and for leaders to join them in the trenches to ensure we are focused on success.”

Overall, Marine Corps units "are doing extraordinarily well," but training accidents and destructive behavior by a small number of Marines leave room for improvement, Neller said, according to the statement.

In fiscal year 2016, 53 of the 152 deaths were due to self-inflicted injuries across active duty and reserve forces, a Marine Corps official said on the condition of anonymity. Only one of the deaths was a result of combat, Staff Sgt. Louis Cardin, 27, who was killed in Iraq in March.

The Marine Corps official said the number of deaths is similar to past years, and that Neller wanted the pause to find what works in units that have not had issues and learn from those practices.

The Marines recently released the results of an investigation of a January 2015 collision between two CH-53E Super Stallion helicopters off the coast of Hawaii that killed 12 Marines. The investigation found the crash was due to pilot error, though it also found that the pilots had not been provided adequate flight hours or night-vision training prior to the Jan. 14 crash.