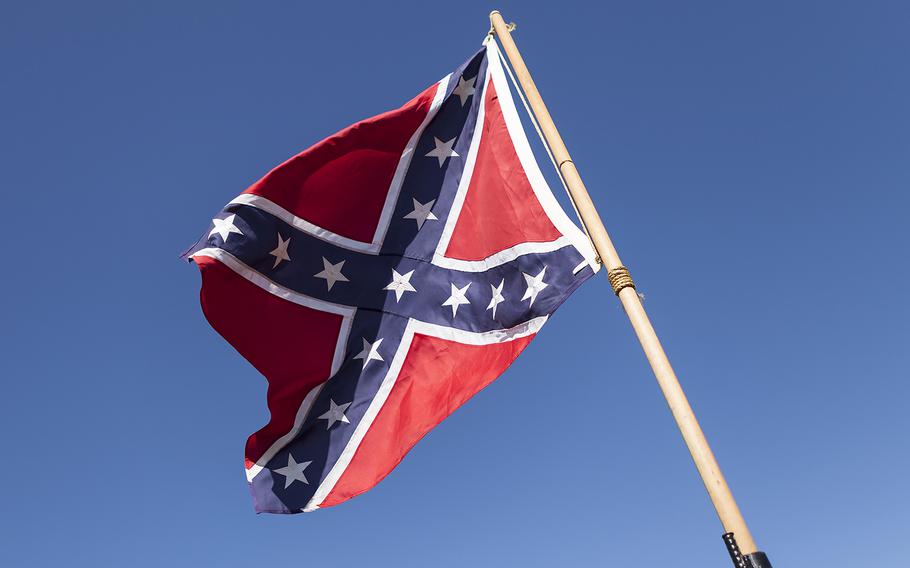 WASHINGTON — The Confederate battle flag might raise feelings of southern pride for some people, but it can be hurtful for others, the top Marine tweeted Thursday, defending his order to banish the symbol from Marine Corps bases.

“This symbol has shown it has the power to inflame feelings of division,” Gen. David Berger wrote in a letter to Marines dated Monday and included in his tweet. “I cannot have that division inside our Corps.”

Berger wrote Marines from all backgrounds must trust each other in order to fight successfully together as a Corps, which is more valuable than any individuals who make up that team. The symbols that Marines should focus on are ones that unite them — the Corps’ eagle, globe and anchor; the American flag and the Marines’ exclusive MarPat camouflage uniforms, he wrote.

“In every facet of every significant endeavor involving Marines, the team has been the primary component,” the commandant wrote about his order banning all Confederate symbols. “We are a warfighting organization, an elite institution of warriors who depend on each other to win the tough battles. Anything that divides us, anything that threatens team cohesion must be addressed head-on.”

The Confederate battle flag is a symbol still closely tied to the southern states and slavery during the Civil War. The symbol remains popular in the American South, where defenders describe it as representing southern heritage and pride. But the Confederate battle flag has also been used heavily by white supremacist groups, and is considered a symbol of racism by others.

Berger, in his letter this week, acknowledged those differences in views of the Confederate flag, including among Marines, and he said he had no intention of judging the real meaning behind the symbol. But the potential for it to “degrade the cohesion that combat demands of us” overrides any argument that Marines should be allowed to display the symbol, he wrote.

“Leaders must always act thoughtfully when enforcing these provisions because they directly impact a precious constitutional right — the right to free speech,” Berger wrote.

The Confederacy’s legacy has had a lingering impact on the U.S. military. While Berger disallowed the display of its symbols in February, the Army has 10 installations that carry the names of Confederate generals. The Army has no intention of renaming those posts, which used Confederate names in “the spirit of reconciliation,” a service official said earlier this year.

The Marine Corps has faced issues with white supremacy within its ranks in recent years, including some high-profile cases.

Two Marines — Staff Sgt. Joseph W. Manning and Sgt. Michael J. Chesny — were separated from the service in 2018 for their ties to white supremacist or extremist organizations after they were charged with trespassing for hanging a white nationalist banner during a Confederate Memorial Day rally in Graham, N.C., in May 2017.

Another Marine with ties to neo-Nazi groups in 2018 was court-martialed and convicted of disobeying orders and making false statements. That Marine, Vasillios “Billy” Pistolis, was reduced in rank from lance corporal to private first class and was sentenced to one month of confinement in that case.