General's 'greatest fear' that military might lower standards for women 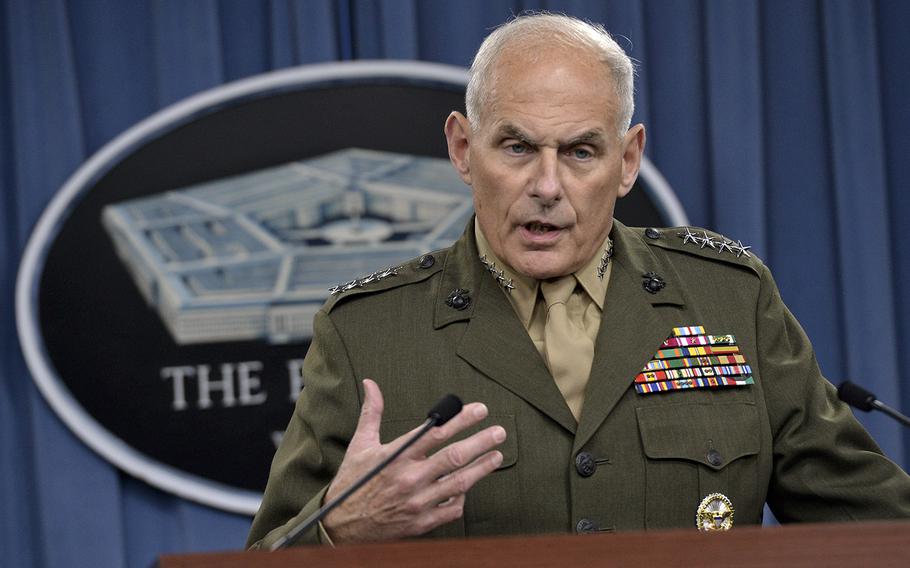 WASHINGTON — The military will face pressure to lower standards in the future, if women are unable to meet the physical requirements to join front-line combat units or elite fighting forces, a ranking Marine Corps general said Friday.

Calling it his “greatest fear,” Gen. John F. Kelly, the commander of U.S. Southern Command who is slated to retire at the end of the month, predicted few female troops would be able to meet the physical demands in the traditionally all-male military occupations – primarily in the infantry, armor and special operations fields.

“There will be great pressure, whether it’s 12 months from now, four years from now, because the question will be asked whether we’ve let women into these other roles, why aren’t they staying in those other roles?” Kelly told reporters Friday at the Pentagon. “And the answer is … if we don’t change standards it will be very, very difficult to have any numbers – any real numbers – come into the infantry, or the Rangers or the SEALs.”

All jobs in the military are set to open to women no later than April 1, following a December directive from Defense Secretary Ash Carter.

Carter and other Pentagon leaders have been adamant standards would not be lowered for female troops attempting to enter such positions and quotas would not be introduced mandating certain numbers of women in positions or units. Carter has said it could take years for women to qualify to serve in many of the newly opened positions.

Kelly, a 45-year Marine veteran who will relinquish command of SOUTHCOM on Thursday, cited a University of Pittsburgh study commissioned by the Marine Corps to defend his position that most women were unlikely to make the cut in the combat arms fields.

That study – one of more than 30 gender-integration studies conducted by the military in recent years – found women, generally, were twice as likely to be injured carrying heavy loads or participating in other activities common for combat soldiers.

“Because of the nature of infantry combat, infantry training, and all of rest, there’s a higher percentage of young women in the (University of Pittsburgh) scientific study that get hurt, and some of them get hurt forever,” Kelly said.

The Marine Corps opened its Infantry Officer Course at Quantico, Virginia to women, as part of its two-year, gender-integration assessment, but none were able to pass. Three female soldiers, however, completed the Army’s famously grueling Ranger School last year.

Carter has said opening the positions to women will improve the military because it will allow the most qualified individual – whether a male or a female – to serve in the position.

“Everyone who is able and willing to serve their country, who can meet the standards should have the full and equal opportunity to do so,” Carter said Dec. 3. “The important factor in making my decision was to have access to every American who can add strength to the force. Now more than ever we cannot afford to have barriers limiting our access of talent.”

But Kelly questioned whether integration would really help the military in its single most important endeavor – battlefield lethality.