‘Warrior Restaurants?' How the Army hopes to boost DFAC usage 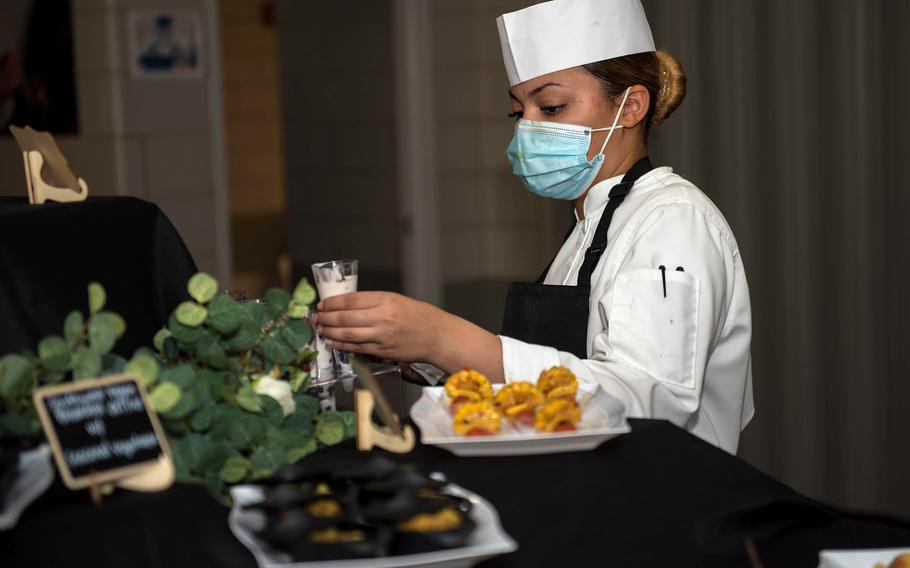 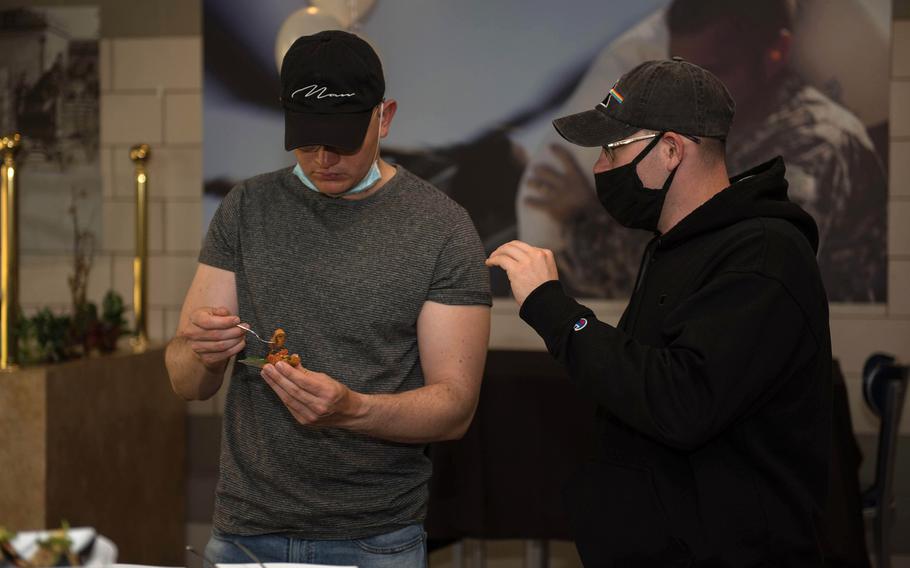 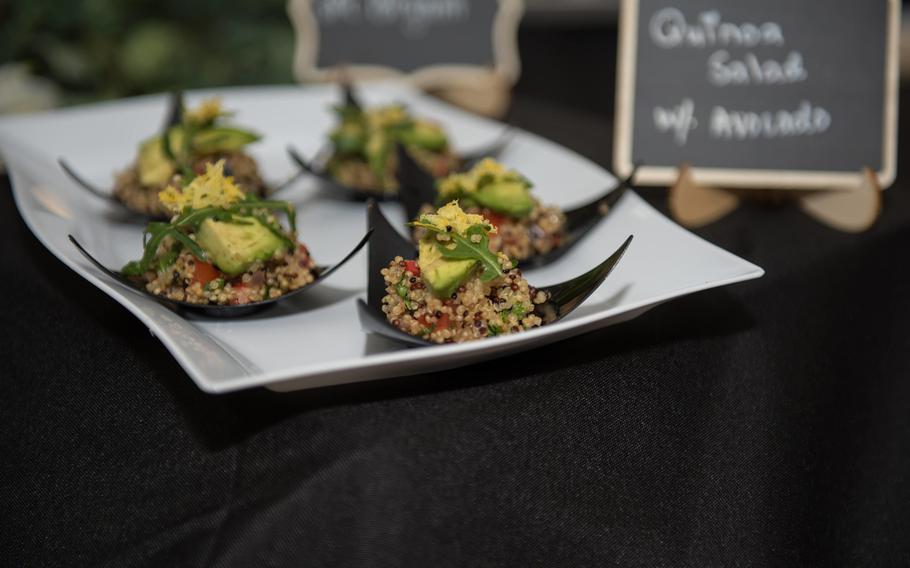 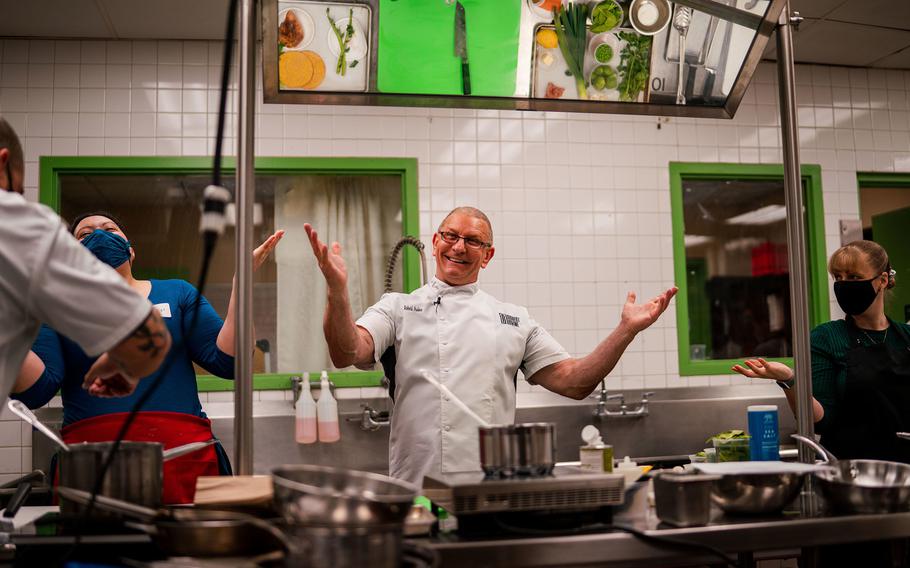 Chef Robert Irvine engages with others at the Culinary University on Joint Base Lewis-McChord, Wash., Jan. 25, 2021. The Army recruited Irvine, a fixture at holiday USO shows downrange in recent years, to help find ways to attract younger troops to the dining facilities. (Sam Weldin/U.S. Army) 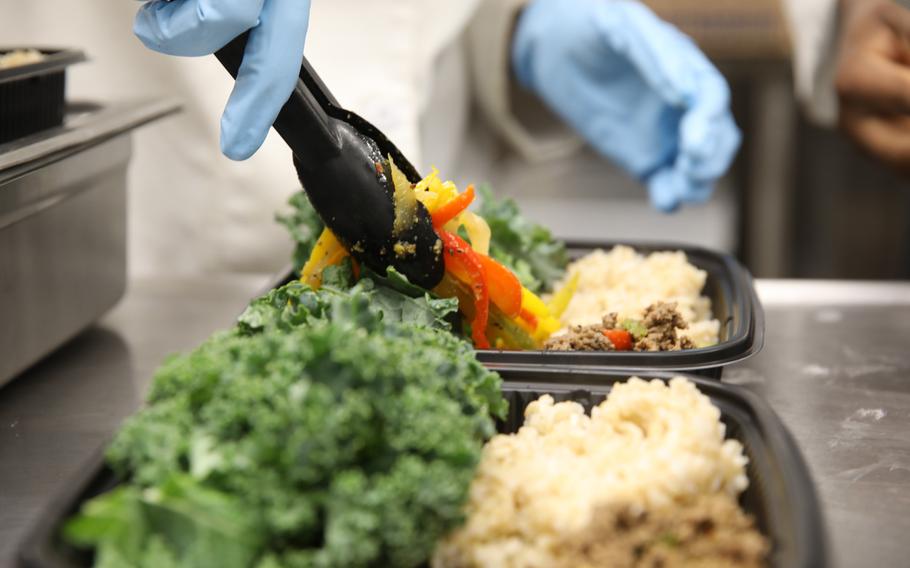 Base cafeterias will always be “chow halls” for many, while others call them DFACs. But the Army is trying to add a new term to the lexicon: warrior restaurant.

In an effort to change how and what soldiers eat, the service has begun rebranding its dining facilities, modernizing them and upgrading their offerings to prioritize fresh or frozen ingredients over heavily processed foods.

“Warrior restaurant” is the preferred nomenclature, Sgt. Maj. Ken Fauska of the Army’s Joint Culinary Center of Excellence said in a statement in January. Use of the term has been percolating on social media, mostly through the facilities’ official accounts and by Army leaders promoting them.

“I miss just calling it a DFAC,” Command Sgt. Maj. Jason Towns said in a recent tweet. “It’s still a challenge to remember to call it a Warrior Restaurant.”

The dining facility overhaul comes as the Army looks to combat obesity and boost soldier fitness, and after Army and Air Force officials began exploring a university campus-style dining plan that would let soldiers use meal cards outside DFACs, at places where they’ve been paying out of pocket.

To lure customers, some DFACs have begun experimenting with more meatless meals, some of which were offered last week to troops at Fort Hood, Texas, during a “Taste Fest” at the Always Ready Warrior Restaurant.

DFAC meals are subsidized through food allowances, which let soldiers who live in the barracks use meal cards to pay for breakfast, lunch and dinner. But many soldiers fail to use about half that entitlement.

That means each soldier leaves about $170 a month “on the table,” partly because of difficulty getting to DFACs at meal times for various reasons, Rep. Tim Ryan, D-Ohio, said during a committee hearing last year.

There is a “lack of participation in large volumes in the chow halls,” former Army Secretary Ryan McCarthy told lawmakers at the hearing.

Soldiers know about them, but “the million-dollar question” is how to get them eating there, said Chief Warrant Officer 3 Michael Barnes, a food service adviser at Fort Polk, La.

While some DFACs have been stressing their value and menu variety, bases are also launching food trucks, in-barracks kiosks and late-night or extended meal times to better serve the troops.

Sgt. Maj. of the Army Michael Grinston touted the “transition to the warrior restaurant” at the Association of the U.S. Army’s annual meeting and expo in October, saying the mess hall makeover aims to create “someplace you’d be proud to eat with your squad.”

Installations are partnering with chefs off-base to improve kitchen staff mentorship and training. The service has recruited Food Network chef Robert Irvine, a fixture at holiday USO shows downrange in recent years, to help find ways to attract younger troops to the DFACs.

“If you give soldiers what they want, they will eat there,” Irvine said in August.

But will anyone really call them by the new name, especially without a catchy military acronym? Last weekend, U.S. Army WTF Moments posted a variation of the “woman yelling at cat” meme depicting the renaming struggle.